It is no secret that Congressman David Dreier has been on the hot seat concerning Illegal Immigration. From John and Ken and other talk show hosts to Los Angeles District Attorney Steve Cooley’s anger over his most recent bill. (See my last blog entry) 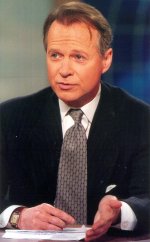 David Dreier has just sent a letter to registered Republicans asking for signatures on the California Border Police Initiative authored by Assemblyman Ray Haynes. I like the "We must stop illegal immigration." part. See it here.

Of course Dreier could use his influence in Congress to pass bills restricting illegal immigration, especially the ones he introduces or spend a small portion of his over $2 million dollars in campaign funds to qualify this initiative.

But a letter in his district is better for Dreier this way. The petitions are sent back to him. Every person who fills out the petition and returns it in the enclosed envelope will have it sent right to the Dreier campaign.

Nothing wrong with that. It is done all the the time by others. Organizations I’m a part of do it. The advantage is the it is legal to keep the circulaters name and contact info. This way Dreier will know a bunch of the activists and others who care deeply on the very issue that caused him so much grief in the last election.

Much cheaper than spending money to actually qualify an initiatve or using political capital in passing bills in Congress.

For the record the only other Congressman that has done anything on this initiative is Congressman Ed Royce. Please can get more info the measure by clicking here.