Arnold Could Cost Us a Majority? Bullhockey!

With all due respect to my friend and fellow Flashblogger Jason Roe, the passage of California’s Proposition 77 is not going to cost us a Congressional Majority in Washington if it passes in November. What WILL cost us a majority is the GOP’s embarrassing, dreadful handling of the nation’s finances and spending, and a complete lack of courage to do something about the borders. I WANT every Congressional Republican incumbent to have to compete for his or her seat. The reason we have drifted so far in Washington to public policies that we used to abhor is the absence of real electoral competition. What better way is there for so called "conservative" members of Congress to rediscover the Reagan doctrine than a good healthy fight every two years to stay in office? As for those members of the California Republican Congressional Caucus that have refused to sign on to Proposition 77, I hope all of your seats 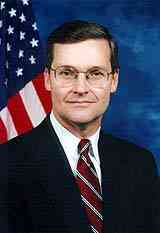 become competitive under the new lines, and I hope you all have strong primary challenges as well. We can’t preach free market economics and a free society with democratic principles if we aren’t all willing to stand up for competitive, market based elections. As much as I like Prop 77 opponent Congressman John Doolittle, if he is defeated as a result of new District lines I think I will survive, maybe even eke out an existence without him. We all need to realize that no member of Congress is irreplaceable, and that having a majority worth fighting for would be a lot easier if Republicans weren’t squandering it every day by acting like sissies and leftists in Washington, DC.