Republicans Blakeslee, Cannella Side With Public Employee Unions Over Taxpayers

It was not particularly surprising to see Democrats in the State Senate yesterday vote to ratify six more State of California public employee union contracts. After all, to say that these unions are the largest special interest funding Democrat campaigns for statewide and legislative office would actually be kind of an understatement. The financial donations made to Democrats by the state’s public employee unions are off-the-charts in terms of generosity. As the late Assembly Speaker Jesse Unruh said, “Money is the mother’s milk of politics.” 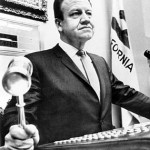 Shocking and disappointing, however, were the votes of two Senate Republicans to ratify all of these union contracts — specifically State Senators Sam Blakeslee and Anthony Cannella. In a post Prop. 25 California, there are going to be fewer opportunities where the requirement of a two-thirds vote will allow the GOP to apply some pressure back on the Democrats, besides the raising of taxes.

This isn’t the first time I have said this, but I just can’t get inside the head of a political moderate and make any sense of things — and these two appear to be no exception to my rule.

Both Blakeslee and Cannella were a part of the so-called “GOP 5” (we dubbed them the “Rogue 5” here on FR) who were very candid — they would be willing to put California taxpayers at substantial risk by placing a massive tax increase measure on the ballot in return for also placing substantive, meaningful proposals for both pension and spending reform on the same ballot. These five Republicans (including Blakeslee and Cannella) represented very much a minority view within their caucuses (two-thirds of GOP legislators joined a Taxpayer Caucus opposing the placement of higher taxes in the ballot for any reason.) That said, one has to acknowledge that the GOP 5 did not pursue personal agendas in exchange for their votes (we’ve seen that in previous budget battles) — but they actually tried to get some major policy concessions from Governor Brown and the Democrats. It is pretty well accepted that the reason why no spending cap proposal nor pension reform measure was agreed upon in a deal was that the public employee union bosses simply were not willing to go there.

Thus you get the million dollar (or is it the $200 million) question — why would Blakeslee and Cannella vote to ratify these contracts given that they have been behaving poorly (which it to say they have been opposing meaningful pension reform)? What ever happened to the idea of negotiating from a position of strength?

In a rather dramatic performance, Senator Cannella, who had been voting with all of his GOP colleagues (with the exception of Blakeslee) “flipped” his no vote to an aye after a two hour recess. Cannella released a statement which said, in part, “Today, I received assurances from public-employee union leaders that they will engage in an earnest conversation about real pension reform.” 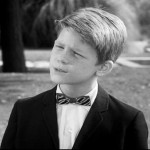 Good grief. Since when do you negotiate from a position of weakness on any issue? It seems like Blakeslee and Cannella have channeled gullible Opie from the Andy Griffith Show, and voted to remove a key pressure point from these six unions, to force them to participate in real pension reform (you know, the kind of reform that actually reduces taxpayer obligations because of substantial reductions in benefits for remaining years of service for existing employees).

And not to get repetitive, but these guys were part of a process of trying to get meaningful pension reform on the ballot (at a high price). It strains credulity to think that Cannella flipped his vote because he believed that “on their word” the union bosses would come to the table on pension reform, when the very contracts being approved are a gigantic bear-hug of the status quo. If one wanted to be cynical, one could look to the end of this column by Sacramento Bee columnist Dan Morain to try and fill in some blanks.

By the way, while I am not going to get into all of the details in this post, a lot of controversy has swirled around the CCPOA contract in particular, and whether it is a good deal for taxpayers. Frankly, no system that maintains a defined benefit for public workers is really a “good deal” for taxpayers because these sorts of plans leave the taxpayers on the hook for retirement planning instead of individual workers, unlike in the private sector.

Senate President Darrell Steinberg is quoted in the San Francisco Chronicle’s political blog saying, “Sometimes the debates in here are really like Alice in Wonderland to me,” he said, adding that he wasn’t always sure which direction was up or which side of the looking glass he was on.

I think that Steinberg’s statement is correct, but not in the way that he meant it. Only in an Alice in Wonderland bizarre world do public employee unions, through their PACs (which are funded through mandatory member dues) get to spend more money than any other interest group to elect the very people to office when then turn around and vote on their contracts. I’m still waiting for a legislator to stand up and say, “I recuse myself from voting on this union contract because I accepted campaign contributions from this union’s PAC in my election.” 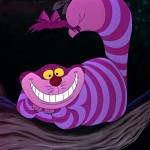 In this performance by the State Senate — the taxpayers (again) are the losers. It is once again the bosses of the public employee unions that have the Cheshire Cat grins on their faces.

On can only hope that sanity amongst Republicans will save the day in the State Assembly when the contracts are voted on in the lower house. The majority party, which almost enjoys a two-thirds majority in the Assembly all by itself, will certainly be putting up all of their votes to keep the public labor unions (their big funders) happy.

3 Responses to “Republicans Blakeslee, Cannella Side With Public Employee Unions Over Taxpayers”