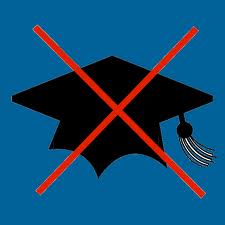 Yesterday the online investigative website California Watch broke a story that has stunned the political community of the Golden State.  They published a story, complete with documentation, proving that the Speaker of the California State Assembly, John Perez, for nearly a decade made assertions that he was a graduate of the University of California, Berkeley, when this simply was not true.  Perez attended Cal, but never graduated.  In his biography he boasted graduating, and subsequently news stories and political journals printed that he was a graduate as fact, which he did not dispute or seek to correct.

Suddenly the lie become, for Perez, the truth.  At least until his lie helped him to establish bona fides that helped him to get elected to the State Assembly in 2008.  Only after his election to the legislature is there an apparent effort to scrub biographies and put the falsehood in his past.  All day long Perez’s office ignored the story.  I spoke late yesterday afternoon with Lance Williams, the reporter who penned the story for California Watch — he told me that neither Perez nor his office would give him a comment.

Late last evening, and only when the Los Angeles Times (who is on record reporting the lie, that Perez had graduated U.C. Berkeley with a degree in political science) bird dogged the Speaker’s office, as did KCBS/KCAL 9 television in LA — until they finally got a statement — an admission… 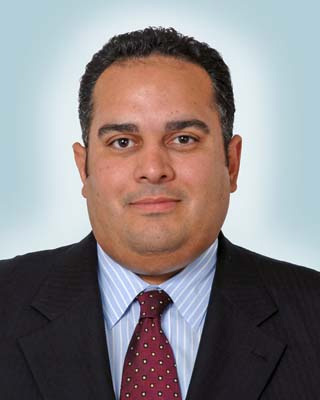 Speaker Perez, in a statement last evening, admits to "mischaracterizing" his educational acheivement.

“I take full responsibility for the initial mischaracterization that I graduated, and any other mischaracterizations about this that I or others may have made,” Pérez said. “I take full responsibility for this mistake, and I regret it. I was surprised that these questions were raised because over the last several years as a candidate and legislator, I have worked to correct the record, but obviously I wasn’t diligent enough.”

Having spent the better part of a decade as a media spokesperson for a major law enforcement agency, I am all too familiar with the technique of giving a statement on a controversial so late in the day that it can’t be used to create new print media stories for the next morning.  That is what Perez did here.

In the world of politics, “mischaracterization” is as close as you are going to get to an elected official admitting to a lie.  It would appear the question now will be whether or not Perez’s immoral behavior will have a real consequence.  In the private sector, people lose their jobs for this — they get fired or are forced to quit.  It’s not clear what the consequences are for an elected official.

Here is the story that ran on the news in Los Angeles last night… Ace political reporter Dave Bryan has to deal with the Speaker of the legislature bailing on a charity event where Perez is the guest of honor, rather than talk to him about this growing scandal.

With permission we have reprinted the original California Watch story below, which if you have not read it, is worth a few minutes of your time to peruse.  The piece includes a few links to original documents.  Through various contacts, we’ve acquired even more documents.

In the story below are links to:

Here are a few more documents for those interested…

When Rep. Hilda Solis inserted remarks in the Congressional Record praising Los Angeles activist John Perez as “an asset to the labor movement,” she was recounting the life story of a man who would later become California’s Assembly speaker.

“After graduating from the University of California Berkeley, John began working on designing and organizing education programs,” Solis, then a Los Angeles congresswoman and now U.S. secretary of labor, wrote in 2004.

But the record is wrong: Perez dropped out of UC Berkeley and never returned.

Since his election, Perez has emerged as one of California’s most powerful officials. He was elected Assembly speaker in 2009. As speaker, he is also an ex officio regent of the University of California. For a decade, Perez’s designation as a UC Berkeley graduate went unchallenged in newspaper articles, biographies and public pronouncements – until after Perez won his first Assembly race in 2008.

His latest official biography says he attended UC Berkeley. But until 2008, biographies of Perez often said he had graduated from the prestigious public university, records show.

Over the years, three biographies distributed by the Los Angeles mayor’s office when Perez was named to city commissions identified him as a graduate of UC Berkeley. So did a press release from the office of then-Gov. Gray Davis when Perez was named to a state elections board. These biographies are typically submitted by the subject of the press release or their aides.

After Perez’s election, The Sacramento Bee described Perez as failing to graduate from college. But over the past decade, the state’s biggest newspapers have all reported that Perez was a UC Berkeley graduate.

It was only after Perez was elected to office that he appears to have made efforts to correct the record.

Perez was busy with the state budget and unavailable to comment for this story, spokesman John Vigna said. “Our office has been very up-front about the fact that the speaker attended, but did not graduate from, UC Berkeley,” he said.

After Perez was elected speaker, Vigna said he had written a draft of an official biography including the claim that Perez had graduated from UC Berkeley. “He corrected me,” the spokesman said.

Vigna didn’t explain why Perez’s past biographies had contained the claim that he graduated from UC Berkeley, saying, “Anything I say would be speculation.”

Resume pumping by a public official is problematic, said Judy Nadler, an expert at Santa Clara University’s Markkula Center for Applied Ethics. She spoke hypothetically and not about Perez’s specific case.

“Once someone has failed to be truthful about themselves on an issue that is not gray but black and white, then the public has the right to question, ‘What else have you said that might not be true?’ ” she said. “So the public trust is at risk.”

“The right way to handle it is to be honest about it” and “admit the error or mistake,” he said, also speaking hypothetically.

Perez grew up in Los Angeles and enrolled at UC Berkeley in 1987. He pursued a Chicano studies major, a university spokeswoman said. He was a “student activist,” Perez told the UC regents last year. The Daily Californian, the student newspaper, reported in 1990 that Perez had volunteered at the Raza Recruitment Center, which worked to increase Latino enrollment, and ran unsuccessfully for the campus office of student advocate.

In 1990, when the campus was roiled by a student strike aimed at boosting faculty diversity, Perez told NPR that he was one of the protest’s organizers, according to an account of the broadcast in The Wayne Law Review legal journal.

University records show Perez left UC Berkeley in May 1990 without graduating, the spokeswoman said. A 2007 profile on the social networking site LinkedIn said Perez was at UC Berkeley from 1987 to 1991 – four years. Perez, who is gay, told Capitol Weekly last year that he came out at a campus meeting in 1991.

Perez left school “to deal with family and financial issues” and took a job with the painters union, spokesman Vigna said, relating a recent conversation Perez had with a Sacramento newspaper columnist.

His official biographies don’t mention that job, saying that after college, Perez went to work for a political consulting firm, Diverse Strategies for Organizing. He was active in Democratic politics and became executive director for the United Food and Commercial Workers labor union’s regional council.

In 1998, then-Mayor Richard Riordan appointed Perez to the city Human Relations Commission. Attached to Riordan’s letter announcing the appointment was a biography of Perez on the union’s letterhead. It said Perez studied sociology and ethnic studies at UC Berkeley. “After graduation, John returned to Southern California,” the biography said.

In 2002, Davis appointed Perez to the state Voting Modernization Board, which aids in upgrading vote-counting equipment. By then, Perez was political director for the food workers union’s Los Angeles local.

“Mr. Perez earned a bachelor of science degree from the University of California, Berkeley,” the governor’s press release said. As late as 2009, the voting board’s website included a biography of Perez stating that he had graduated from UC Berkeley.

In 2005, Los Angeles Mayor Antonio Villaraigosa, who is Perez’s cousin, appointed Perez to the city redevelopment commission. He reappointed Perez two years later. Attached to the mayor’s letters announcing the appointments were identical biographies, each saying Perez had studied sociology and ethnic studies at UC Berkeley and had returned to Los Angeles “after graduation.” The same biography was posted on the city’s website.

In 2007, Perez served on an expert panel for the Metropolitan Forum Project, a civic reform group. The project’s website also described Perez as a UC Berkeley graduate.

In 2008, with Villaraigosa’s backing, Perez ran for the Assembly in a downtown district where Democrats outnumber Republicans by two to one. Perez faced little scrutiny, recalled his Republican opponent, Manny Aldana. Perez’s campaign biography made no mention of his educational background. Nor did the biography posted on his Assembly website after he was elected.

But both the 2008 and 2009 editions of the California Target Book political guide said Perez graduated from Cal with a degree in sociology and ethnic studies. Vigna, his spokesman, said Perez requested a correction.

In December 2009, when the rookie lawmaker emerged as a contender for speaker, news stories in the Los Angeles Times, the San Francisco Chronicle and The Sacramento Bee identified Perez as a UC Berkeley graduate. The Chronicle later corrected the error.

Then, in a Dec. 11 story reporting that Perez had won the speakership, the Sacramento Bee reported that Perez had attended UC Berkeley “but did not graduate.” Today, Perez’s official biography says he “attended” the university.

More recently, the issue arose during a hearing on a measure Perez has sponsored to disincorporate the tiny Los Angeles County city of Vernon.

“A person in opposition to the bill stated that the speaker was purporting to have graduated from Berkeley,” Vigna said. “The speaker did not respond to the accusation because, as I said, it’s a matter of public record that he did not graduate, and he didn’t feel the need to correct a record that has already been pretty thoroughly vetted.”

This article first appeared yesterday on the California Watch website.  It is reprinted here with permission. Freelance reporter Ashley Williams contributed to this story.