With the appropriately named Brown vs. Plata up to 46,000 felons will be prematurely released from California state prisons. The vast majority of these criminals are gang members or those who received advanced criminal techniques that makes prisoners most more predatory.

The first duty of government is to protect its citizens.

Brown, the democrats and their government union allies are responsible for any murder, rape or mayhem that emerges from this artificially created crime wave. So long as California prisons cost THREE times more than Texas, we cannot build more facilities. The prison guards are the sloths here, paid off Gov Brown,  to get yet more raises, bonuses, concessions and bottomless pensions. The prison guards union successfully resisted any attempt to bring in ‘private’ less costly prisons for non-violent offenders. Suddenly, we have prison-crowding that bothers the liberal elites. Sadly, too often some Republicans supported the prison guard unions.

Jason Riles of the Wall Street Journal On line reports that Justice Alito wrote in dissent,  that when Pennsylvania had a massive prisoners release it resulted in… “During an 18-month period, the Philadelphia police rearrested thousands of these prisoners for committing 9,732 new crimes. Those defendants were charged with 79 murders, 90 rapes, 1,113 assaults, 959 robberies, 701 burglaries, and 2,748 thefts, not to mention thousands of drug offenses.” 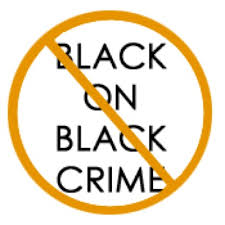 It won’t be to many liberal elites in Brown’s neighborhood Claremont, nor on LA’s Westside. Instead mostly be black and brown victims. Again Riles from WSJO states : “Blacks are just 13% of the population but are 49% of all murder victims — and 90% of them are killed by other blacks. The inmates who might be released as a result of this week’s ruling aren’t headed to Pebble Beach, Bel Air and other posh Golden State enclaves. They’re much more likely to make a bee line back home to depressed Compton and East Los Angeles, where they will resume terrorizing the mostly law-abiding residents of those struggling communities.”