[We are very pleased to offer this column from two longtime FR friends, Kevin Dayton and Kevin Korenthal, both affiliated with the Associated Builders and Contractors of California – Flash] 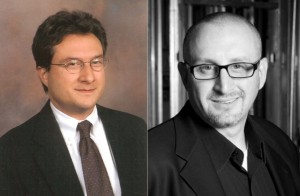 Seven months of debate at the Los Angeles County Board of Supervisors over requiring construction contractors to sign the county’s first Project Labor Agreement (renamed on the May 24 agenda as a “Community Workforce Agreement”) came to a regrettable end on Tuesday for county taxpayers, as well as businesses and their employees not affiliated with a labor union.

After a long series of public comments for and against the Project Labor Agreement, including many questionable “statistics” cited by union representatives, Los Angeles County Supervisor Mark Ridley-Thomas pushed for and won a 3-2 vote (the three Democrats in support; the two Republicans in opposition) to require contractors to sign a Project Labor Agreement with the Los Angeles/Orange County Building and Construction Trades Council for the Multi-Service Ambulatory Care Center Project, a part of the larger Martin Luther King, Jr. Medical Center Replacement Project.

Despite the objections of local Merit Shop contractors and their employees, the three Democrats on the Los Angeles County Board of Supervisors were apparently more impressed with the presence of hundreds of glaring union representatives in their union T-shirts. There was no acknowledgment that non-union companies that sign Project Labor Agreements are forced to commit their employees to pay union dues and fees, while the companies themselves are required to pay money into union pension funds, and other union benefit trust funds, that their employees will likely never be eligible to use. The supervisors also ignored how the Project Labor Agreement prohibits apprentices in state-approved Merit Shop apprenticeship programs from earning on-the-job experience on the project.

Nor was there consideration of the taxpayers. Studies and anecdotes concerning Project Labor Agreements indicate a 15 to 20 percent cost increase resulting from reduced bid competition. Additional costs come from internal negotiations and administration of the agreements: the county staff report for the agenda item repeated its statements from November that “the steps to implement the CWA could increase Project costs due to the cost of negotiating the CWA ($95,000), construction delays ($300,000), and management of the CWA over the two-year duration of construction ($400,000).” At a time when governments across California are cutting public services and laying off employees, a decision that wastes $795,000 of taxpayer money on lawyers and bureaucrats is foolish.

Not surprisingly, Project Labor Agreements are also consistently connected to waste, mismanagement and corruption. The Los Angeles Times recently published a six-part series, revealing extensive irregularities in the construction program of the Los Angeles Community College District. Union officials aren’t ashamed of this association: they are so confident in their political control of Los Angeles and so brazen in their intentions that one of them actually cited the Project Labor Agreement at the Los Angeles Community College District as a model for the county to adopt!

Although no one ever spoke specifically on behalf of the taxpayers during the seven-month struggle over the Project Labor Agreement, the citizens who will fund this project did have two advocates on the Board of Supervisors itself. Don Knabe expressed concerns about the cost of administering the Project Labor Agreement and the negative impact of the agreement on small, minority, and women-owned businesses. Knabe noted that although the agreement had been renamed, it was still a Project Labor Agreement. Mike Antonovich also stood up for taxpayers and asserted that the County staff did not fulfill conditions agreed to by the Board in December 2010 when the Board approved negotiations with the unions.

The county-approved, taxpayer-funded budget for the construction of this project is $95 million. The county will issue an addendum adding the government-mandated Project Labor Agreement to the bid specifications provided to the three prequalified construction companies (Clark Construction, Hensel Phelps Construction Company, and McCarthy Building Companies). The county had expected to award this project to one of these firms by March 29, 2011, and it appears that the political struggle over a Project Labor Agreement contributed to the delay.