Assemblyman and Candidate for Mayor Nathan Fletcher: “A New Generation Of Leadership For San Diego”

[Yesterday, California State Assemblyman Nathan Fletcher, a longtime friend mine, before there was a FlashReport, officially declared his candidacy for Mayor…  Below is a column is has penned for FlashReport readers on his candidacy, as well as a video with excerpts from his announcement speech – Flash] 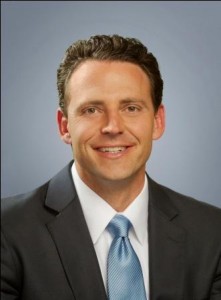 Yesterday I launched my campaign to be the next mayor of San Diego. I am running for mayor because despite the challenges our city faces, I see a bright future for San Diego, an amazing potential, and I want to lead us on that path.

I have experience working in difficult environments. I spent a decade in the United States Marine Corps, a time I will always treasure. I worked in counter-intelligence, in counter-terrorism, as a team leader on the front lines of the global war on terror. I was responsible for the lives of my men, making life-and-death decisions, at times under direct enemy fire.

Those experiences lend perspective to the rest of your life. They deepen your core values – family, faith, and country.  They give you strength to draw from in times of crisis, and confidence to make decisions when there’s no margin for error. Combat teaches you a lot about leadership, about teamwork, about life. Lessons you can’t learn anywhere else.

That experience combined with a demonstrated ability to get things done in my short time in elected office gives me a solid foundation for my next endeavor. Despite the challenges and dysfunction of Sacramento we have managed to pass meaningful legislation including Chelsea’s Law.  This measure put in place a true one strike life without the possibility of parole charge for violent sex offenders that target children. When we worked to pass Chelsea’s Law we mobilized a community and joined forces with over 100,000 “changemakers”, working non-stop to ensure we do everything possible to protect our children.

San Diego needs a new generation of leadership that has a proven track record of building coalitions and delivering positive and hard fought results.  Our campaign will focus on unlocking the potential of innovation. Innovation is the key to our economic prosperity. It means jobs for our families and financial stability for our city. San Diego must be a powerful magnet for the innovative companies that will create good-paying local jobs.

As mayor, I will work with the private-sector leaders who are creating the technologies and the jobs of tomorrow to make it easier and more attractive to establish, grow and relocate a business in our city. That means streamlining regulatory hurdles, keeping taxes low and encouraging private sector job growth.  The best way to balance a budget is by putting San Diegans back to work. Together we will make San Diego the best place in the world to create 21st century jobs.

The challenges facing San Diego are real. We must work together to reform our pension system and to find more efficient and innovative ways to deliver the kinds of services San Diego residents deserve. Rather than talk about making cuts alone we must also find ways to bring San Diego into the 21st Century by using the best-available technology, developing cutting-edge public private partnerships and bring together coalitions to get things done.

San Diego has had some rough times.  The past decade has tested our city; a polarizing environment that often seems only able to focus on the crisis of the day and not the opportunities over the horizon.

Despite the challenges, San Diego remains an amazing city, a true treasure.  It also means a great deal to me personally. It’s where I started a path of service, the city that welcomed me home from two combat deployments, where I got married, where Mindy and I bought our first home, where my sons were born; the city that sent me to Sacramento to do things differently, to make a difference.

We can do better than the failed policies and approaches of the past.  But it will take something new. Nothing is easy, but if your cause is just, and if your approach is honest, nothing is impossible.

It’s time to turn the page; time for a new vision, a new energy; time for a new generation of leaders not tied to the gridlock or problems of the past to step forward and lead.

Please join our efforts by visiting our website at:  www.nathanfletcher.com.