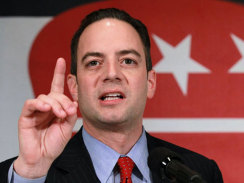 Chairman Reince Preibus’s tenure as Wisconsin state chair was no fluke. He was clearly instrumental electing a new governor, a new senator, members of congress & helped capture control of both legislative houses. His biggest RNC challenge, besides raising money, was if he could help  safeguard Wisconsin against wounded Labor counter-revolution.

Reince Preibus did In spades. When big labor spent millions against the brave Supreme Court justice— the RNC went to work and revived David Prosser’s campaign  to victory May 23.

The there were the 6 republican senators recall elections. National labor threw down $25,000,000. In a smashing defeat against the union thugs – Governor Scott Walker, the state party and the RNC went to work and protected 4 of the senators in districts that Obama won.

Have a look what David Frum wrote about it.