During these tough economic times, we are seeing families forced into making tough economic choices about their budgets. Pretty much we all have a family member or a close friend who is unemployed. Of course the downturn in the economy has an effect on available public resources as well. At every level of government (well, maybe except in Washington where they can print more money) there is significant belt-tightening taking place — if not out of ideological conviction, then due to practical concerns.

Nowhere is the scarcity of resources becoming a bigger issue than in local government, where the decrease in tax revenues due to the poor economy is hitting county and city budgets hard. This is compounded infinitely by the out-of-control public employee pension benefits that are now heavily draining many city coffers — and the worst is yet to come on that front.

More than ever, the public needs clarity that their local elected officials are serving for the right reasons. Now is a time for self-reflection. The City of Orange yesterday took an exemplary step in showing leadership for cities all around the state to follow — by a unanimous vote of the City Council — (Republicans Fred Whitaker, Carolyn Cavecche, Jon Dimitru and Denis Bilideau and Democrat Tita Smith) — they had permanently ended stipends, healthcare benefits, and retirement benefits for the City Council. This is an important achievement, and one that should be heralded.

“I congratulate each and every member of the Orange County Council for voting to end full-time benefits for part-time elected officials,” Ventura County Supervisor Peter Foy said to me this morning. Foy, the Chairman of Americans for Prosperity here in California, is the state’s serious watchdog and advocate for ending pensions and perks for politicians. “It is my hope that Orange’s actions spread like wildfire — every city that follows suit helps to send the message to the public that our politicians are serving for the public good, not personal gain.”

Below is a short column from my long time friend Fred Whitaker, who was just elected to the Orange County Council last year, and who was a catalyst for what happened last night… 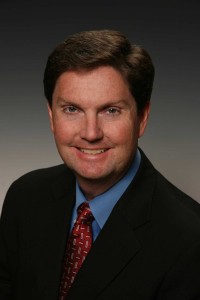 Last night, nine months  after making the motion in my first meeting as a council member, I’m pleased to report that the Orange City Council voted 5-0 to eliminate all health benefits, pension benefits, council salaries, and redevelopment agencies stipends for terms commencing in December 2012 and after.

My first motion last December to eliminate just the health and pension benefits was tabled 4-1 for further study.  Some council members wanted the city attorney’s opinion on what we could and could not do, others wanted a survey of surrounding communities to see what true compensation was.  Arguments ranged from the fact that the Council stipend was last set in 1988, so the large health benefits added to it, probably didn’t make the package out of line – to the concept that without the compensation council members could not attend charity events in the city, implying only the wealthy could serve.

Things went on hold for quite a while as we had closed session on different rule interpretations that could create lawsuits, to waiting for the results of a survey being conducted by the Association of California Cities – Orange County.  The survey came out this spring, but action was further put off until the budget and collective bargaining were decided in the summer.  Frankly, the survey was embarrassing, the little city of Orange was in the top 1/3 to 1/4 for compensation, mostly due to the rich health benefits.

I agendized it again in July, but it was tabled further because some council members wanted further analysis from the attorney, others now wanted to eliminate the stipend, but only by putting it on the general election ballot.  Having patience is frustrating, but it is a virtue for a reason. By September, the Orange County Register came out with the ACCOC survey results.  People are also starting to announce their 2012 campaign plans:)  So, by the time the city attorney provided a staff report with all the analysis for this last meeting the mood of the council was clearly different.  I made my same motion to eliminate the health and pension benefits, and instead another council member offered a substitute motion to eliminate all compensation, I seconded it, and within less than 5 minutes there was a 5-0 vote.  To paraphrase Ronald Reagan – there is no telling what can be accomplished when you are willing to let someone else have the credit.

It was a not an easy road to get there, but I’m very heartened that my colleagues joined me in taking up the mantle to acknowledge several key facts.

1) City Council is not a full time job, it is community service and anyone who is seeking it for the compensation shouldn’t be there.

2) As a part time position (2 meetings a month, plus some briefings and public appearances) full health plan benefits to the tune of $1900 a month are inappropriate. Incredibly, if you could show you had health care somewhere else – which all council members could, because they are employed in the real world – that $1900 was allowed to be cash in lieu to the pension or a council member’s pocket book.

3) When we are in a recession, and asking all the employees and their collective bargaining groups to give back millions of dollars in promised compensation, it only seems right that the Council lead by example.

In December, I had personally waived the health and pension benefits, and declined any cash in lieu. Today, I will waive my stipend, because I believe any vote we impose on others, should be good enough for us.  I hope my colleagues and other cities join us.