When we go through hundreds and hundreds of bills to find the ones that we consider to be the most egregious, harmful or inappropriate, it is our hope that a responsible Governor would veto all of them.  Remember, we’re talking about the worst bills.  If the Governor signs any of the bills listed below, it is bad news for the people of California…  We published this column five times during the last Governor’s term, but this is our first time doing so since the return of Jerry Brown.

Earlier this month, Governor Brown vetoed a piece of legislation, SB 105, which would have imposed criminal penalties on a child under the age of 18 or his or her parents if the child skis or snowboards without a helmet.  In his veto letter, Brown said that he was, “concerned about the continuing and seemingly inexorable transfer of authority from parents to the state.  Not every human problem deserves a law.” It is our hope that it is with this philosophy in mind that Governor Brown reviews all of the bills on his desk, and especially the bills listed below… 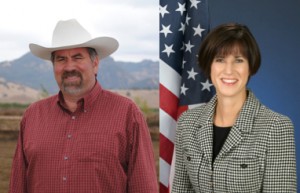 For convenience, we have broken down the bad bills into seven different categories…  Next to the bill number and author, in bright red, will appear the action taken by the Governor on each bill (none as of today).

We present the 2011 Top 20 Bills to Veto list which we respectfully submit to the Governor’s attention.

Assault on the Family

AB 433 (B. Lowenthal) – Requires the state to issue a new birth certificate to California-born, but now out of state residents that have undergone sex-change surgery.  Also allows them to petition the court to have their new gender recognized as such.

SB 651 (Leno) – This bill authorizes 16 and 17-year-olds to enter into same sex domestic partnerships with adults if they obtain a court order granting permission or parental consent.  Also allows couples to have a domestic partnership but not the same residence.

AB 131 (Cedillo) – The other half of the “California Dream Act” allows the use of the taxpayer-funded Cal-Grant program to be used by illegal immigrant students.

SB 508 (Wolk) – This bill would impose a 10-year sunset on all tax credits beginning January 1, 2012.  It would also require that any bill authorizing a personal or corporation tax credit to include goals, purposes, and objectives, making it much more difficult to reauthorize the tax credit.  Funny that there isn’t a companion bill that would sunset choking regulations to reevaluate that they’re meeting the goals, purposes, and objectives.

SB 202 (Hancock) – Blatant 11th hour gut-and-amend to postpone the people’s vote on a fiscally responsible, union-opposed rainy day fund from the scheduled June 2012 ballot to November 2014. This bill also prohibits all future initiatives from a June primary, as has been the policy since 1974, stacking them onto November elections only…yet another political manipulation of elections during this session.

SB 397 (Yee) – Invites still more voter fraud by not requiring a live signature of the prospective voter and instead relies on a Department of Motor Vehicles electronic signature image.

AB 144 (Portantino) – Infringes on the Second Amendment by criminalizing the carrying of unloaded, unconcealed handguns in public places and vehicles (i.e. “open carry”) all because someone might be offended by the sight of a gun.

AB 809 (Feuer) – Requires the registration of all long guns in the State of California.  The state will now keep track of every gun you own.

AB 887 (Atkins) – This bill establishes the “Gender Nondiscrimination Act,” which requires employers to allow cross-dressing in the public work place.  This applies also to schools and retail establishments. Can we now expect a male who chooses to identify himself as a female to use the girls’ restroom or locker room?

SB 930 (Evans) – Another attempt to unwind the 2009 budget agreement by repealing the IHSS fraud protections included in that budget.  Specifically, this bill would no longer require fingerprints from IHSS recipients and allows providers to use a Post Office Box to receive paychecks.

AB 101 (Perez) – This bill would force unionization of child care providers, without a formal vote, if it’s deemed that a mere 30% of these providers express “interest” in unionization. Again, without a formal vote by those affected.  Grandma will be forced to pay union dues if she provides child care to her grandkids.  Single moms and families using state child care will now have their budgets stretched even further.

AB 183 (Ma) – This bill would also force unionization by prohibiting the sale of alcoholic beverages at self-service checkout systems which would lead to additional check-out clerks and rising costs for supermarkets.

AB 436 (Solorio) – Further increased costs of public works projects by reneging on previous budget agreements…another union payoff.  In spite of severe deficits, this bill encourages public entities to pay workers more than necessary. It allows agencies to apply prevailing wage to projects under $25,000 which will drive up the cost of projects for the taxpayers.

SB 126 (Steinberg) – Makes it easier for farm workers to unionize by giving the Agriculture Labor Relations Board the authority to certify a union if there is “employer misconduct” (a term open to interpretation) – which means the election results were not in favor of unionizing.

SB 922 (Steinberg) – In yet another power grab by state government pandering to unions, state funding would be cut off for a public works project of a charter city if it has not used project labor agreements (PLAs).  (PLAs are estimated to increases costs by between 12 and 18 percent.)
_____

As we said above, it was particularly difficult to whittle the tremendous number of noxious bills down to just a list of twenty.  A great many bills were left on the cutting room floor, but still await action by the Governor.  Some of the runners-up for this years Top Twenty included AB 438 (to make it difficult to privatize county or city libraries), AB 767 (establishing a “State Capitol Sustainability Task Force” with powers greater than that of mere mortals), AB 844 (to encourage illegal aliens to run for student government positions in public universities), AB 877 (prohibiting “discrimination” against people who are one sex but act like they are another), and SB 427 (heaping more regulations on the sale of handgun ammunition).

In closing, thank you to the great many people who contributed their suggestions on bills to veto.  There are literally hundreds of bills on Governor Brown’s desk, the vast majority of which deserve a resounding and speedy veto.  We know that Governor Brown and his staff are thoroughly reviewing all of them.  But it is our hope that the “worst of the worst” bills highlighted in this column get an extra level of scrutiny, and hopefully twenty veto signatures.

THE PEOPLE’S VETO
Earlier in the year, the legislature passed and Governor Brown signed SB 48 (Leno).  This bill will mandate public school instruction to include teaching of transgenderism, bisexuality, and homosexuality to children as young as 5 in California’s schools (including Charter Schools).

An effort is underway to collect enough valid signatures to refer this bill to the voters.  If enough signatures are collected, SB 48 will come up for a vote of the people in the next statewide election.  Unless the people vote to pass it, it will no longer become law.

Petitions are circulating now and signatures are needed soon to quality it for the ballot.  You can join the fight to Stop SB 48 by visiting www.stopsb48.com, donating to the cause, and collecting signatures in your community.  Join us and apply “The People’s Veto” to this terrible bill!

One Response to “FlashReport’s Annual Top 20 Bills To Veto”