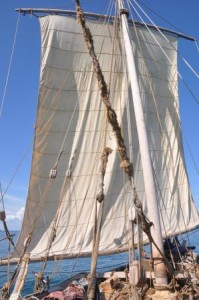 Earlier today a FlashReport reader emailed me, surprised that the public employee union bosses would agree to any kind of pension reforms, not matter how insignificant.  He pointed out that any reforms are routinely killed by the legislature — and he pointed to legislation by Senator Tony Strickland this year, killed by Democrats, that would have caused a public employee’s pension benefits to be taken away if they were convicted of a felony in the conduct of the very job from which the benefits were derived.  Good points.

My response to him was that the reason why the union bosses will be willing to support some minor reforms (addressing some spiking, some airtime purchasing, etc.) was to try and take the wind out of the sails of real pension reform.  With the same surety (polling) that union bosses know that the public will not support broad-based tax increases, they also know that the public wants to see substantive pension reform.  To be blunt, unions would rather see a light-weight pension reform measure go before voter that relieves some of the political pressure, than chance someone placing a substantive measure before voters that would meaningfully reduce the size and scope of public employee benefits.

No doubt Republicans will provide votes for some of the “tinkering at the edges” reforms as they are good public policy.  But Republicans should refuse to stand at any podiums with Democrats, go to any editorial board meetings, or hit the road without making it clear that weak reforms that do nothing to meaningfully reduce the estimated 500 BILLION DOLLAR unfunded pension liability are not moving the needle.  You can be sure that the unions will attend to frame relatively insignificant reforms as a tremendous demonstration of bipartisan cooperation…

I will be most interested to see how our friends in the main stream media who cover Capitol politics and policy frame this issue.  The operative question that must be asked and addressed in every article is the impact of proposed reforms on reducing the massive unfunded public pension liability.  That is the needle that most needs to be moved to really matter.  (Hint:  Ask your colleagues Dan Borenstein and Ed Mendel whether you can substantively move this number without reducing benefits on prospective years of service for current government employees)