As the Florida Presidential campaign explodes into a media frenzy — there is also a substantial battle for the Hispanic vote–IN the Republican party.

Marco who argues that Republicans are in favor of legitimate immigration always seems to say the right thing at the right time.

Marco Rubio is becoming an iconic symbol for the future of our party. 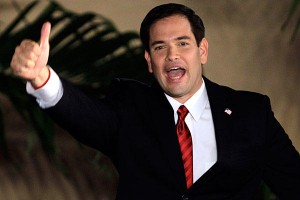