About a month ago we broke the news that Los Alamitos Mayor Troy Edgar was dropping his bid for Congress, and instead would be running in the West Orange County 72nd Assembly District, which has no incumbent.  At the time Edgar shifted his sights on the state house, it looked like his main opponent would be Huntington Beach Councilman Matt Harper.  Westminster Councilman Tyler Diep, as we predicted, dropped out of the race shortly after Edgar’s move. 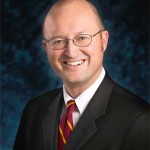 Today we are breaking the news that Harper has decided not to run for the State Assembly.  Instead he will stay on the Huntington Beach Council, where he is in the middle of his first term.  In departing the race, Harper told me that he is endorsing Edgar’s Assembly bid. 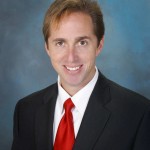 Harper enjoyed a wide swath of endorsements from prominent conservatives.  But according to Harper his motivation to run was lessened after sitting down with Edgar, and realizing that the two of them shared very similar political views.  No doubt another factor was Edgar’s ability to self-fund a race while Harper would have had to compete with that the old fashioned way, by raising contributions under a system with limits.

While Troy Edgar will still face another Republican, Long Pham, in June — it is overwhelmingly likely that Edgar will be a shoo-in in for election.

I’ve known Matt Harper for a very long time — we both cut our teeth in conservative and Republican youth politics.  I’m disappointed in Matt’s decision because we need people like him in the legislature.  The good news is that Matt assures me that he will seriously look at a race for partisan office in the future.