One advantage of being a legislator in the minority party is that with fewer members, you are more likely to be tapped for positions in party leadership.  Today Assembly Republican Leader Connie Conway announced some changes in her leadership team.  By my math her leadership team now actual includes a majority of her entire caucus.  There are currently 27 Assembly Republicans (with the departure of Nathan Fletcher), and 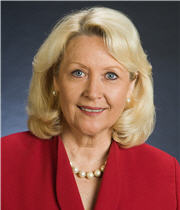 In a prepared release Conway had this to say about the leadership expansion: ““I am pleased to have these dynamic and proven Republican leaders serving by my side as members of our Caucus leadership team as we fight to protect Californians from higher taxes,” said Conway.  “Working together, we will show Californians that Assembly Republicans are truly the ‘party of yes’ in Sacramento, promoting common-sense, bipartisan solutions to fix our broken pension system, safeguard our children from dangerous classroom predators and prevent devastating education trigger cuts from hurting our local schools and colleges.”

It’s worth noting that the Assembly Democrats have only ten official leadership positions — but this doesn’t count the boatload of Committee Chairmanship at their disposal which are awarded to member and come with large staff budgets and office space.  (I should caveat that one of the Democrat leaders, Roger Hernandez, was just charged with a DUI.  Apparently he was driving while drunk, or so the Contra Costa County DA has charged, in a state car, with a passenger along for the ride…  But that doesn’t seem to have effected his leadership position, yet — except maybe for a little while he won’t be the, “fun guy at the party.”)

One Response to “Majority of Assembly Republicans Now In Caucus Leadership”