Democrats Have A “Death Wish” For Their Own Tax Hikes

Sometimes the 140 character limit of a tweet on Twitter forces one to be remarkably concise.  Such was the case last evening around 8 p.m. when longtime Sacramento Bee columnist Dan Walters had this to say…

Cap politicians give Cal tax hike foes two talking pts in one day–bullet train and pay raises for Assembly staffers. Must be a death wish.

Because I am not limited to seven score of digits in this blog post, I can elaborate a bit on what Walters meant by this tweet.  When he mentions the bullet train, he is referring specifically to the fact that yesterday Governor Brown traveled to both Los Angeles and to San Francisco to hold press conferences where he signed the legislation to authorize the spending of multiple billions of dollars on the first leg of what might someday be high speed rail, in the Central Valley.  The latest Field Poll showed that fully one out of every five voters who is currently supportive of Brown’s proposal to significantly hike incomes and sales taxes is less likely to do so if high speed rail funding is approved, which it was.  At the Los Angeles press conference, Governor Brown said, “Don’t worry about the Field poll…”

The second issue to which Walters refers is the revelation that came to light late yesterday that apparently the California State Assembly has granted pay raises to 150 legislative staffers (there has not been any information given out yet as to whether these raises went to just Dem staffers, or GOP staff as well — though for the point Walters is making, it matters not).  Needless to say, it is injurious to the credibility of the legislature to be doling out wide-spread pay raises, as they are asking the public to raise taxes on themselves during very difficult economic times.  To add insult to injury, it was also made public yesterday that the State Senate granted raises to 559 of it’s employees over the last year.  Seriously. 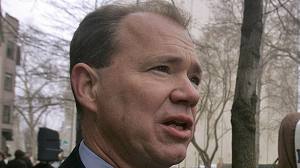 Jon Coupal, President of the Howard Jarvis Taxpayers Association, will no doubt use the HSR and pay raises in a campaign against Brown's tax hikes.

Governor Brown’s tax increase proposal was already on thin ice before this odd political self-destructive pattern of behavior began, with only a razor thin majority of voters saying they would vote for it — and this before any campaign is waged to encourage voters to reject the taxes.  Don’t forget that Brown’s tax increases will be under fire from both the right and the left going into the November election.   On behalf of taxpayers, the Howard Jarvis Taxpayers Association, the National Federation of Independent Business – California, and the Small Business Action Committee have teamed up to form a committee that will no doubt lay out to the voters all of the waste, fraud and abuse taking place in State Government.  Simultaneously, 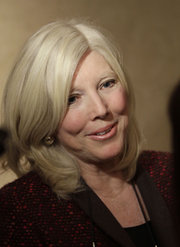 It wouldn't be surprising to see Molly Munger use these issues to pummel Brown's tax increase proposal.

wealthy heiress Molly Munger, whose father is Warren Buffet’s business partner, will be spending considerable amounts of money beating the tar out of Brown’s tax proposal because she favors her own measure to increase taxes (the two are mutually exclusive, should both pass,  the one with the most votes would go into effect).  Frankly, I wouldn’t be surprised to see both the spending on High Speed Rail and the widespread salary increases being granted to legislative staffers highlighted in both of the campaigns against the Governor’s taxes.

As an ardent opponent of the Governor’s proposed tax increases, I have to admit that I am wondering what else the Governor and legislative leaders can do to further demonstrate their “death wish” for them.  One can only hope.