Every election cycle, seeking to vindicate the rights of private citizens who, at great time and expense, have qualified an initiative for the statewide ballot (often a subject matter that has no chance of making it through the dysfunctional Legislature), against a partisan Attorney General who has crafted a biased summary of the proposed measure.

The Elections Code tasks the Attorney General with preparing “a true and impartial statement of the purpose” of any measure appearing on the statewide ballot.  The Attorney General’s statement cannot “be an argument, nor be likely to create prejudice, for or against the proposed measure.”  The ballot label, title and summary prepared for Proposition 32 by Attorney General Kamala Harris failed this basic standard, which unfortunately is no surprise.

Attorney General Harris’ proposed ballot language described Proposition 32 as restricting or limiting contributions to candidates from corporations, unions and government contractors, and as restricting the collection of campaign contributions from corporate employees and union members through payroll deduction.  These restrictions and limits accurately describe existing law, but do not accurately describe the significance of Proposition 32.

1.         Ban both corporate and labor union contributions to candidates;

2.         Prohibit government contractors from contributing money to government officials who award them contracts;

3.         Prohibit corporations and labor unions from collecting political funds from employees and union members using the inherently coercive means of payroll deduction; and

4.         Make all employee political contributions by any other means strictly voluntary. 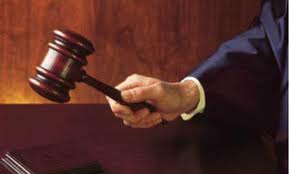 The Sacramento Superior Court judge agreed that the Attorney General’s summary of Proposition 32 was misleading to voters because the terms restricts and limits are not synonymous with bans and prohibits.  The Judge ordered that the ballot label, title and summary for the November ballot pamphlet must be amended to reflect the actual import of Proposition 32’s provisions.  The Attorney General appealed the ruling, which was summarily denied.

Score one for the good guys.

I will close by saying that someone probably needs to qualify a ballot measure to shift the power to create ballot label, title and summary of initiatives away from the elected Attorney General and over to someone who is unbiased – a judge or maybe the legislative analyst.  If that happens, I have no doubt there will be a court battle when the Attorney General puts a biased and misleading label, title and summary on the initiative!