I’m always skeptical of public opinion polling data. Time after time I say that to really understand the full story behind surveys, you have to investigate the questions being asked of respondents. 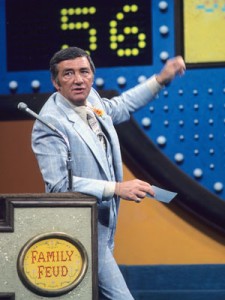 I was immediately surprised by the results from the recent PPIC statewide survey as it related to voter sentiment on the Death Penalty.  California has and will continue to be supportive of capital punishment for the worst of the worst murders.  I’ve known from experience that a death sentence isn’t given often, but when it is, the criminal deserves it.

PPIC didn’t test the actual ballot label of Prop 34 and suggested that it merely tested voter sentiment about the death penalty as opposed to life without parole.  The results, they subtly (well not so subtly) would project where voters are on Proposition 34, a measure sponsored by the ACLU and defense attorneys to get rid of the death penalty.  The irony behind Prop 34 is that the ACLU is claiming that the death penalty is broken because nobody gets executed and taxpayers are paying for endless appeals.

Last I checked, the ACLU and defense attorneys were the reason why executions have been few and appeals aplenty.  Now they want voters to pay their ransom by passing Prop 34.

Well, up until now, all the public polls showed that 34 was going down in flames.  The California Business Roundtable poll last week had the measure at just 42 percent support.

How then, could PPIC say that 50 percent of voters preferred life without parole instead of the death penalty.  Democrats and Republicans in this state have affirmed their belief in the death penalty every time the question has been put before voters.

Well, I learned  that the question asked was inaccurate, and therefore the results aren’t worth a nickel. In the survey, PPIC asked voters if they prefer life without parole or the death penalty for first degree murder.

“The choice offered to voters by the Public Policy Institute of California between the death penalty and life without the possibility of parole for first degree murder is misleading and against current law.  Today, a first degree murder conviction does not qualify for a death sentence or life without the possibility of parole.  The murder conviction must also include the finding of a special and more violent circumstance. Only the worst offenders, two percent of murderers, qualify for a death sentence. When this distinction is clear or the ballot label of Proposition 34 is used, every public poll has demonstrated overwhelming support for the death penalty. Voters know that law enforcement, local governments and crime victims oppose Prop 34, and they do too.”

For those of us who have worked in law enforcement (I am a POST certified Reserve Deputy Sheriff), the lack of basic knowledge of criminal law is stunning.   For PPIC, this kind of mistake is inexcusable.  Frankly, if 42 percent of voters believe the Death Penalty is appropriate for first degree murder, you can bet the support is overwhelming when you ask them if capital punishment should be an option for those who kill peace officers, rape and murder children or are serial killers.

On a closing note, I hope that the public sees past the scheme being perpetrated here by the ACLU and their allies.  First they spend untold resources suing and litigating to muck up the works and keep death row inmates from virtually every being put to death.  Then they have the nerve to put a ballot initiative forward arguing that the death penalty should be terminated because it costs too much.  Here’s an idea — stop the lawsuits.

It’s too bad folks like the ACLU are unwilling to consider how many lives are saved because of the deterrent effect of the death penalty.  Or maybe, I should say, would be saved.  No doubt those committing murders in California know that this isn’t Texas, and they will never get that lethal injection…