Voter fatigue is no longer an factor this election cycle because thoughtful voters appear instead to be tuning out entirely to media and polls, and instead tuning into reality television. There’s an irony.

“It’s getting much harder for pollsters to get people to respond to interviews,” wrote Michael Barone, in a National Review Online story today. “The Pew Research Center reports that only 9 percent of the people it contacts respond to its questions. That’s compared with 36 percent in 1997.”

Barone said that of that 9 percent of respondents, is is likely that the sample is not representative of the much larger voting public.

He explained that everything from the decreasing number of landline phones, to implausible party identification, impacts poll numbers today.

“I don’t believe that any of the media pollsters have been tilting their results in order to demoralize Republicans, although I do look with suspicion on the work of some partisan pollsters,” Barone said.

Case in point: the abominable exit polls the night of the game-changing Wisconsin recall election. Media outlets claimed that the exit polls were so close, that everyone was in for a long night and a tied race between Republican Gov. Scott Walker and Democratic challenger Tom Barrett.

But less than an hour after the polls had closed, the race was called in favor of Walker. Apparently, the exit polls were grossly wrong, and the race, won by Walker, was not close at all. Walker even won the recall election by a greater margin than he had in the general election.

Many news outlets and reporters just glossed over the inaccurate exit polls as if no misconduct took place.

Many in the new media say that the same tactics are being used in this Presidential election. “Even after the election, many media outlets are using the exit poll numbers on Obama-Romney as if they have credibility, without even mentioning the inaccuracy of the same poll in the recall race,” Matthew Sheffield of NewsBusters wrote.

Sheffield said that liberal bias has some role “in why exit polls continue not to be given the skepticism they deserve, but there are other likely reasons that feed into it.”

“Money is also a factor. The nation’s largest media organizations have a lot invested in their exit polling machinery,” Sheffield wrote. “It’s so expensive, in fact, that they’ve all actually teamed up to split the costs through a service called the National Election Pool (NEP). ABC, Associated Press, CBS, CNN, Fox News, and NBC are the only members.”

Part of the problem, according to Barone, is that Democrats have traditionally been more willing to fill out an exit poll. The other issue is interviewer error, with many of the biggest discrepancies in exit polls and results in precincts where interviewers were female graduate students. 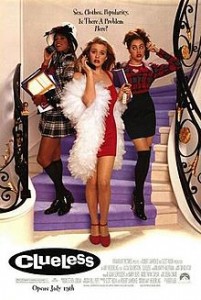 I know this to be true, first hand. Right after voting in the 2000 Presidential Election, a pollster asked my husband how he had voted. My husband answered that he was a Green Party member and said he had just voted for Ralph Nader. As if. The pollster, a young female, said “cool,” and checked a box on her clipboard.

“Whatever,” I said, as I rolled my eyes and elbowed my husband. We had a snicker.