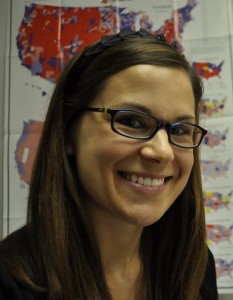 In September 2008, before Barack Obama was elected president and Steven Chu appointed Department of Energy Secretary, Chu stated, “Somehow we have to figure out how to boost the price of gasoline to the levels in Europe.”

Thanks in large part to strict pollution limitations and refinery and pipeline misfortunes, one state is now much closer to those levels.

Gas prices hit an all-time high in California at an average of $4.6140 a gallon, due to a reduced supply and a volatile market.

California has some of the most stringent fuel regulations in the nation; making it so no other energy markets can step up to take some of the burden off consumers needing to fill up their gas tanks. Therefore, if a refinery goes down, Californians are left with little choice but to pay a premium price for gasoline.

Unfortunately this is just one more crisis—of a very long list—that California has brought on itself by its own unabashed actions.

The Wall Street Journal reports that “over the last two decades four refineries in the state have shut down rather than invest in expensive upgrades to comply with fuel regulations.”

As refineries come back online in the state, prices should lower and stabilize.  However, it may not last long.

The Wall Street Journal continues: “Any relief Californians feel will be short-lived. The state’s cap-and-trade program, which charges businesses for emitting carbon, will take effect this November. Oil companies warn they’ll pass on the costs to consumers.”

The carbon trading market opens in California on Nov. 14.  The Sacramento Bee summarizes the cap-and-trade program:

“Under the program, more than 400 big industrial users will be subject to an emissions ceiling, or “cap.” They will receive tens of millions of emissions allowances, each one representing the right to emit a ton of carbon. The total amount of available carbon credits will decline slightly each year.”

Though a similar market is used in Europe to try and cap greenhouse emissions, it hasn’t been used in the U.S. on such a broad scale.  Ten percent of the carbon credits will be sold at an auction, while the rest will be given away for free. Big companies and businesses that buy up the 10 percent will be able to sell them to others.

The Sacramento Bee explains that in the first year the burden of buying these credits will be $1 billion and is set to increase each year.

A small business doesn’t stand a chance of competing in this market.  Likewise, consumers of these businesses will also take a hit as products, including gasoline, become more expensive.

While it may be comforting in the short term to know that California Gov. Jerry Brown instructed the California Air Resources Board to increase the fuel supply by allowing the immediate sale of cheaper and readily available winter-blend gasoline, which the state typically sells after Oct. 31, he is capable of doing much more. He could just as easily request the very-Democrat California Assembly and Senate to roll back the regulations that got California into this mess of exorbitantly higher gas prices on average than the rest of the nation.

The Hill quotes a letter from Sen. Feinstein to Federal Trade Commission Chairman Jon Leibowitz, which states, “California’s consumers are all too familiar with energy price spikes which cannot be explained by market fundamentals, and which turn out years later to have been the result of malicious and manipulative trading activity.”

Bill Wilson, president of Americans for Limited Government (ALG), says the answers to these high prices are easily found in the state’s strict regulations and lack of supply. “It would seem California’s overzealous attempt to rid the world of all greenhouses starting in its backyard by overtaxing and overregulating the energy market, thus limiting supply, might be a market fundamental being overlooked by Sen. Feinstein.”

Meanwhile, the Department of Energy, under the direction of Secretary Chu is working on new energy alternatives like biofuels and electric vehicles to get Americans off their addiction to oil.

However, The Wall Street Journal warns that very limited biofuels qualify under California’s strict pollution rules—corn ethanol is not one of them—and could result in the closing of even more oil refineries.

It’s hard to find a state that heaps more trouble on itself than California.  As it further kowtows to the wishes of Secretary Chu and the Obama administration it should expect a lot more than just higher gas prices.

And the rest of the country should take note of where America’s leaders would like to steer the nation—directly down the Golden path currently being paved with high energy prices and even more soon-to-be failing businesses.

Rebekah Rast is a contributing editor to Americans for Limited Government (ALG) and NetRightDaily.com.  You can follow her on twitter at @RebekahRast.