Will the real Republicans please stand up?

As I drove home from the airport upon returning from a recent trip to Florida, I nearly cracked my wheel in a huge pothole on the freeway. Adding insult to injury, as I exited the freeway, I barely dodged another pothole. 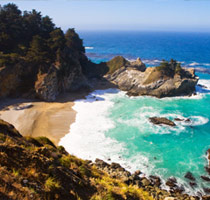 The new California is like New Math — a failed experiment. We’ve become a state of potholes, pervasive unions, professional politicians and police.

The California Republican Party really started to fall apart after electing Arnold Schwarzenegger as governor in the historic 2003 recall of Gov. Gray Davis.

Many citizens go into politics with noble ideas. But too often, once elected, they decide they like it. They fall in love with the office. They revel in the title, the importance and power — instead of rolling up their sleeves and working for the people.

When this happens, it’s a slippery slope. With some politicians, corruption sets in. With others, it’s compromise. They’ll do anything to retain the office. Every issue the politician ran on becomes a distant memory.

When California elected Schwarzenegger, all bets were off, and it became an anything goes Republican Party.

I disagree. I think the Republican’s problem is a lack of commitment and focus … and occasional whining. California Republicans are a clear example of what happens when people sell out principles, and compromisers are in charge.

The compromisers spend time and energy telling colleagues that they need to find the common ground with Democrats, while the sell-outs make side deals.

Republicans need to declare their positions, do it in a courageous way, then stick to them. They need to stop bickering like junior high school girls, work on selling their positions, and stop apologizing for having ideals.

With the dire condition California is in under Democratic rule, Republicans need to regroup and rebuild back into a conservative party. Conservatism never left Republicans; too many Republicans abandoned conservatism.

The Republican message of self-discipline, self-reliance, hard work and individual investment did not resonate this election. It might have if more Republicans believed in it.

Instead of always being so worried about what will be reported, Republicans could have been driving the news by being confident and affirmative, and offering up more examples of the benefits of self-discipline and self-reliance.

There is nothing moderate about being moderate. It’s a position of weakness and waffling. And moderates almost always sell out.

Will the real Republicans please stand up?

With emotional issues like marijuana, gender, abortion and marriage driving so many voters, Republicans discovered once again that they can’t win anything by standing for everything.

California has made a name for itself by being weird and liberal. The growing entitlements haven’t helped the state’s bad national reputation, with one-third of the nation’s welfare recipients in California. But taxing the rich will not even touch the billions of dollars of debt California has accumulated. Nor will the rich change the entitlement mentality in the state. Only real Republicans, and real conservatives can turn this mess around.

There is good news. There are many legitimate Conservatives in the California Republican Party, and they are quite capable. The losses in this election hopefully were the swan song of moderate Republicans. Let us bid them adieu, and welcome a return to a prosperous Golden State, where anyone can succeed without government intervention.