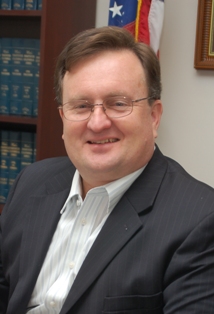 It took a couple of weeks after election day for conservative Kevin Jeffries to declare victory in his campaign to oust long-time County Supervisor Bob Buster from his job as a Riverside County Supervisor.  Jeffries, a former Chairman of the Riverside County GOP has just finished up a six year stint in the California State Assembly.  On the campaign trail, Jeffries made a lot of campaign promises.  Well, he’s kept one of them — a biggie — before he’s even been sworn in.  Jeffries would like to see the County Supervisors moving out of a pension system and into a 401(k) system with the Supervisors themselves responsible for funding their retirement accounts.  As one who practices what he preaches, in filling out his “employment” paperwork with the county, Supervisor-Elect Jeffries in fact declined to participate in the generous taxpayer-funded pension plan.  One can only imagine the puzzled look on the County HR staffer when he handed back the paperwork.  Kudos! 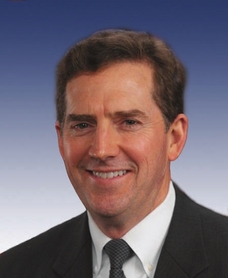 Yesterday brought some great news for conservatives — that U.S. Senator Jim DeMint would be stepping down from office mid-term to assume the Presidency of the heavyweight Heritage Foundation.  Despite the predictable “doomsday for the tea party” spin of the Los Angeles Times, this is huge, great news for the conservative movement.  The Heritage Foundation, for two generations now, has served as the most prominent and influential think-tank on Capitol Hill.  It’s annual budget is said to be in excess of $60 million, and its impact on Capitol Hill Republicans is profound.  DeMint moving into this key position ensures that the pro-growth “tea party” perspective will be more pronounced than ever in the political sphere of the nation’s capitol.  There is no doubt that a major factor in DeMint stepping into this new key role is that as he leaves office, the very conservative Governor of South Carolina, Nikki Haley, will be appointing his replacement.  I couldn’t be more thrilled and excited about this news. 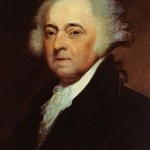 I spoke to a packed meeting at the Irvine Chamber of Commerce yesterday, and asked the group there if any of them thought that Democrats in the State Capitol, emboldened by their new “supermajorities” in each chamber, would not over-reach.  No on raised their hands.  We are already seeing this take place as proposals have come forth to place on the ballot measures to get the two-thirds vote requirement for higher property taxes that was placed into the state constitution with the passage of Proposition 13 in 1978 and Proposition 218 in 1996 (thank you Howard Jarvis Taxpayers Association).  Thank goodness it actually does take a vote of the people to change the state constitution — not that there isn’t plenty of mischief that Democrats can’t do with their two-thirds majorities, without consulting the people.

It is important to remember that there is a very sound reason why requiring a two-thirds vote to pass a tax increase is good public policy (I wish it was in place for all tax increases).  One of our nation’s founders and second President, John Adams, spoke of the danger of the “tyranny of the majority” in some of his writings — and he was referencing the inherent danger that exists when a majority of people can use the power of the government, in a coercive manner, on the minority.  Simply put, the reason for a two-thirds super-majority vote requirement to raise taxes, whether by vote of the people or by the legislature, is to raise the bar and make it very difficult to have one group of people perform “legal plunder” on the property of other people.  The two-thirds vote threshold is designed to ensure that just about everyone agrees that the tax in question is needed, and that it is not merely an effort at tyranny by the majority. 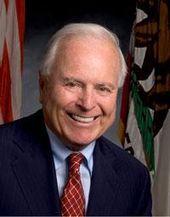 Former Los Angeles City Mayor Richard Riordan announced that he would fund for the ballot a significant reform for the retirement system for the public employees of the City of Angels — one that would have moved employees into 401(k) systems similar to those that are used in the private sector.  Just a couple of weeks later, citing logistical challenges in gathering the required signatures in time to make a Spring ballot, Riordan announced he was pulling the plug on the proposed measure.  Yesterday, over at the esteemed Fox and Hounds Daily website, Lt. Ron Cottingham, President of the Peace Officers Research Association of California (basically an umbrella group for law enforcement public employee unions) makes the case that pension changes are best made at the bargaining table.

The Lt. makes this argument, of course, because he knows that the kind of serious reforms that are needed to address the massive unfunded pension liabilities will never happen with the consent of the over-compensated.  No doubt the Lt. also knows that in many local governments (and certainly in the state legislature), using their massive war chests, the unions have actually elected the politicians with whom they would negotiate.  Lt. Cottingham, I think that every public employee (public safety or professional) should be in a defined contribution benefit system going forward.  Are you willing to make that concession at the bargaining table?  I didn’t think so.  I respect the hard work of public employees, and am especially mindful of those that put themselves in harms way (I am a uniformed Reserve Deputy Sheriff myself) — but I happen to believe that the ultimate best public policy is a pay-go system where employees are paid their salary and their retirement in each payment, and then when they retire there is no ongoing obligation to the taxpayers.  Is it a difficult road to get to that place right now?  You bet.  But is it the right goal?  Absolutely.