Right-to-work is a real economic stimulus

In Michigan, game-changing right to work legislation was just passed. The change will make it legal for employers to pay workers who choose not to be union members, and would make paying union dues voluntary.

Currently, Michigan employers are required to fire unionized workers who do not pay dues.

Despite the left claiming that big bad business will stop paying living wages to workers, the opposite will happen. There will be a leveling of the unrealistic, skyrocketing union wages that unions demand, and hopefully, employers can once again be competitive.

When unions and governments demand that business owners and employers pay employees higher wages than the market will bear, ultimately it renders the business non-competitive. But when businesses are allowed to fairly compete, often times everyone wins. If the business does well, employees are paid better and benefits improve.

But the unnatural inflation of wages that unions demand of employers kills business.

Look at what happened to the auto industry in Michigan.

During the 1980s and 1990s the auto industry began to struggle to compete in the global economy. The Big 3, Chrysler, Ford and GM, fell behind Toyota, and particularly Honda in design, innovation, fuel efficiency and new technologies.

In the luxury car market, Mercedes took over from Cadillac and Lincoln. American sports car makers lost ground as well, with Corvette taking a back seat to Porsche. 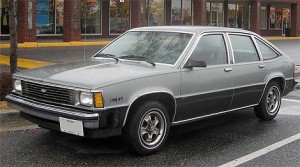 GM was stuck on losers like the Chevy Citation, the Chevette, and the hideous Cadillac Cimarron. Popular Mechanics has a list of the 10 cars that killed GM; this wretched Citation is on it.

But, it was still a free market, and car buyers still had a choice. However, even as union trouble was festering, the management at the Big 3 auto makers stuck their heads in the sand instead of facing the challenges in Detroit and Lancing.

Union demands have caused American auto manufacturers to pay three-times as much in wages to their employees than the foreign automakers. On average, union auto manufacturing employees are paid $80 per hour — a figure which includes benefits.

Because the Big 3 autoworkers are members of the labor unions, they felt that they had no choice but to continue paying off the union bosses for guarantees from strikes and business shutdowns.

Even with rich benefits, including full medical coverage, the Big 3 are also required to pay laid-off union employees 80 percent of their full employment wages, even while they are not working.

With gigantic pensions and rich, full benefit benefit packages, the costs are unsustainable, as many local governments across the country are experiencing.

A lesson for California can be learned here, but only if the Democrats in charge will listen. The high costs of paying the inflated, artificial wages and benefits, including the extorted “protection,” demanded by the unions, destroyed Detroit, Lancing, and much of Michigan.

California is not far behind.

“Making dues voluntary reduces the financial incentives for unions to organize at companies where they have only moderate support,” National Review Online reported. “Even if they win, they cannot force reluctant workers to pay dues, which makes union organizers less aggressive. The number of union organizing drives falls 40 to 50 percent after states pass right-to-work laws.”

As my CalWatchdog colleague John Seiler wrote yesterday, “California Republicans seeking to get back in the game should look to Michigan.”