The Obama administration has a lot riding on California’s implementation of Obamacare, also known as the Patient Protection and Affordable Care Act. How the state implements the new insurance exchanges, and whether or not it is done successfully, will be an important test of nationalized health care. 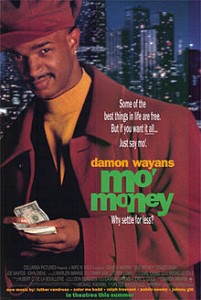 But a state-run health exchange puts the burden onto the state and the expense ultimately on the taxpayers. The state loses the authority and flexibility needed to best meet the needs of its people… Which is why more than 30 states have told the Obama government that they will not create state-run health exchanges, leaving the Obama administration to build and operate online health insurance markets for more than 30 states. This is an unexpected problem, unanticipated by the federal government when Obamacare was passed in 2010.

But this isn’t a problem for Democratically controlled California government, which will do just about anything for a federal grant.

However, if people don’t enroll, the state stands to lose billions in federal dollars. Many warn that if this happens, all insurance premiums will rise in California.

The state expects to enroll more than 2 million additional residents in Medi-Cal, the state’s version of Medicaid, and sign up another 2.5 million for subsidized private insurance.

Marketing and PR on the backs of taxpayers

And California, on the brink of insolvency, plans to spend nearly $90 million in 2013 on marketing and “raising public awareness” about the exchange. The state hired eight public relations firms to come up with the marketing plan using traditional advertising, grass-roots efforts at churches, schools and cultural events, and will even enlist the help of Hollywood in movie theaters and popular television shows.

Implementing this extensive, expensive marketing plan will take a great deal of coordination. But never fear, the state is here, and the state knows how to market to itself.

“In addition, as required, the plan’s elements for outreach include consideration of core principles and opportunities for seamless coordination with public coverage programs and the Project Sponsors: The California Health Benefit Exchange, the California Department of Health Care Services (DHCS) and the Managed Risk Medical Insurance Board (MRMIB) as well as the programs they administer: Medi-Cal, Healthy Families, Access for Infants and Mothers program, Pre-Existing Condition Insurance Plan, Major Risk Medical Insurance Program and other state health insurance programs. The California Office of Patient Advocate will also be providing outreach, education and consumer assistance,” the marketing team plan says.

The overall goal is to provide health insurance to a “projected” 5 million “uninsured residents” – half of which will qualify for low-income subsidies.

If this still doesn’t look like a giant government expansion, I have some lovely swamp land to sell you. It is clearly not based on need. If the government really cared about insuring uninsured Americans, a gap insurance policy would have been created to insure the legitimate 10 million estimated uninsured Americans.

Instead, the Obama administration saw an opportunity to grossly expand government, and jumped on it. While other states ran from creating the exchanges, California’s liberal politicians jumped in as well.

We are already falling off the fiscal cliff, while the state’s Democrats are forming committees to decide how to spend the new tax revenue. California’s real debt is $617 billion – the highest in the entire country.

The real national unemployment rate would be closer to 11 percent if it weren’t for all of the people who have stopped looking for work and completely dropped out of the labor force. And the really real unemployment rate is a separate government number called the “U-6,” rarely reported by the media, which provides an accurate look at how many people are really unemployed.

According to the U-6, California has a 20.3 percent real unemployment rate.

Twenty-three million Americans are struggling to look for any work, nearly one in six are living in poverty, and 47 million people are dependent on food stamps to feed themselves and their families.

While other states are refusing to expand Medicare or implement the Obamacare health exchanges, California has sold out to the federal government program, and more importantly, the money. It’s just about the money.