The FlashReport Idiot Of The Week Award Goes To….

It’s the end of another week observing California politics, and once again the state has proven a target-rich environment when looking for public officials acting like idiots.  As has become our custom, we will first highlight the runners-up for the week, any one of which could have claimed the top honors but for the fact that someone was more of an idiot than them.  So in no particular order…

Runner Up #1 – State Senator Leland Yee — A few years ago State Senator Leland Yee and his liberal friends pushed legislation banning the sale of violent video games to minors.  Here at the FR we blasted the bill at the time as an assault on first amendment rights, and an example of the expanding nanny state.  Fortunately the United States Supreme Court overturned the dumb law.  But it seems that with President Obama and Senator Feinstein looking to bring back a proposal to ban law abiding citizens from owning assault weapons, the attention seeking Yee is back in the papers, complaining about his unconstitutional law.  Idiot. 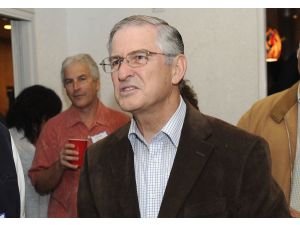 Runner Up #2 – Irvine City Councilman Larry Agran.  Republicans took a 3-2 majority on the Council of this Orange County City last November, and have begun deconstructing the damage done by Larry Agran’s 12 year reign of terror.  Agran, a graduate of Harvard Law School, not only complained about the new majority brining invocations back to council meetings (which they did), but Agran tried to throw out there that invocations at public events were unconstitutional.  He did this the day after President Obama’s inauguration to a second term — an event which opened with, yes, an invocation.  Larry Agran – idiot.

Runner Up #3 – Neel Kashkari.  Retiring from Pimco this week with fanfare, Neel Kashkari apparently is looking to run for office as a Republican here in California.  That having been said, Kashkari is very much tied to the extraordinarily unpopular (especially with the GOP ) Troubled Asset Relief Program (TARP) — other wise known as the federal government’s bail out of Wall Street.  Apparently Kashkari has spent too much time inside of financial institutions where everyone says “without TARP the nation’s economy would have crashed” and not enough time out in the public where TARP is a synonym for wealthy business people taking big risks, and suffering no downside because America’s middle class shouldered the burden.  Good luck with that run for office, buddy. 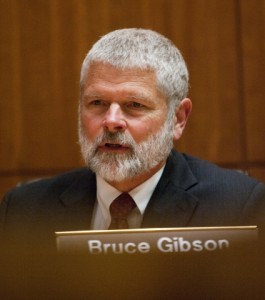 Runner Up #3 – San Luis Obispo County Supervisor Bruce Gibson.  Back in November the story broke that this Stupidvisor had been having a longtime affair with one of his staff members.  When the scandal broke, the staffer was banished into the county bureaucracy.  Well, until this week, when Gibson announced that, basically, after searching for a new aide, only his lover fit the bill.  So while he’s busy divorcing his wife, he has decided to re-hire his girlfriend back onto his personal staff.  Seriously.

Runner Up #4 – Assemblyman Roger Hernandez.  No write up required, just this link.  He may deserve a permanent spot on the idiot list.

Runner Up #5 – Rob Stutzman.  Stutzman has the dubious distinction of being the first Republican to make one of these columns (he won’t be the last).  It was all of the news this week that Rob has filed a class-action lawsuit against Lance Armstrong for, basically, deceiving those who bought and read his biography.  Seriously.  While we are all in favor of inflicting some punishment on Armstrong for all of the pain and suffering he has caused many people through his actions, suing someone because you were “harmed” by reading their book is probably an example given under the listing “frivolous lawsuit” in the dictionary.

Runner  Up #6 – Assemblyman Marc Levine.  With all of the very real challenges facing California — most significant the need for economic recovery — the first bill out of the chute by this freshman lefty from the Bay Area is a redux of the bill to ban consumers from being able to use plastic bags at the grocery store.  Seriously.  This Nanny State bill envisions some sort of utopia where you will dry clean your reusable bags (to get rid of that rancid blood from the tri-tip you bought) and no longer use the convenient bags (you know, where you can basically carry like eight of them into the house at once, and when you throw them out they take up about a cubic inch of your trashcan).  This idiot doesn’t “get it” that you should punish those that litter, but not penalize average citizens who want the convenience of the plastic bag.

With all of these fine runners-up, you have to ask, “Who could have won the top honors for the week?”

THE FLASHREPORT IDIOT OF THE WEEK AWARD

This weeks Idiot (or rather Idiots) of the Week are the California State Senate and the California State Assembly.  In this case, these fine institutions have won top honors because of their refusal to release to the public the mileage forms that show where legislators are traveling, and for what reason, while they are claiming $.52 per mile in reimbursement with taxpayer funds.  You have to be kidding.  No one is twisting the arms of legislators and forcing them to take reimbursement for use of their personal vehicle for state government business (and a number of them as a matter of personal decision do not ask for any reimbursement).  But the idea that those who do want us to pay for their travel aren’t willing to be transparent is totally idiotic.  They are hiding behind a very flimsy argument that by releasing this information you are giving away crucial information that might provide a safety risk to legislators.  I haven’t talked to anyone in the real work who buys that.  Since news accounts don’t make it clear, I guess for now we heap this on the entire legislature.  Maybe this number shrinks if individual legislators start to make this information public on their personal websites.  The public has a right to know why they are reimbursing a legislator for travel in their own personal car.  Are “normal” reimbursement practices, mirroring the private sector, being used?  Am I reimbursing a legislator for driving their car to and from their office?  An apparent lack of ability to grasp the significance of this, and how this secrecy perpetuates the idea that they think these institutions are not “of the people” but rather ” above the people” is lame.  Period.