Some people want something so badly, they’ll sell their souls to the devil, they’ll ignore facts, reason and important details. A case in point is Sacramento politicians, and the ongoing arena obsession. 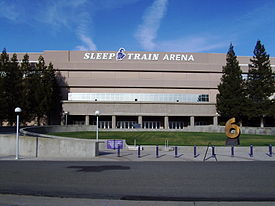 Sacramento’s Mayor Kevin Johnson, tweeted Saturday evening he and city officials have reached a $447.7 million arena deal at the Downtown Plaza with a public-private partnership.

There’s only one problem — Sacramento can’t afford it.

Billed as “the largest redevelopment project in city history,” the project will have up to 1.5 million square feet of offices, housing, stores and a high-rise hotel.

The deal would require the city to commit “$258 million in value, or 58 percent of the arena cost,” according to the Sacramento Bee. “Of that, $212 million would come from selling bonds backed by future revenues from city downtown parking garages. The city’s contribution is the same as it was in last year’s aborted project to build an arena at the downtown railyard.”

For a guy who is 6’3″, Johnson has a severe case of Napoleon complex, but on behalf of his hometown. And he is willing to commit the taxpayers to even more indebtedness to appease this small city complex.

The Bureau of Labor Statistics reports Sacramento’s unemployment rate is 10.3 percent. But that’s not the whole story. The unemployment rate doesn’t count discouraged workers who have stopped searching for work, workers who are marginally attached to the workforce, and workers who because of economic reasons work only part time. Add that together and the “real rate of unemployment,” is more like 20 percent, as it is in the rest of the state.

But we’ll have a new arena. 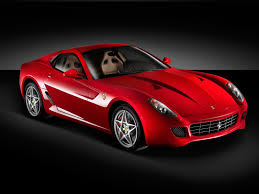 I want a Ferrari 599 GTB, but I don’t exactly have the money right now. However, if I sell my house, and liquidate my retirement account, I could come up with $350,000 cash.

There’s only one more problem — the maintenance on the car is a little expensive. Every service is at least $15,000, and some cost $30,000. I’m not at all sure how I would pay for this, but I’ll worry about that when the time comes.

This is the ultimate in insecurity. This is how Sacramento overcomes its loser, cowtown image and insecurity issues. For the insecure, NBA and NFL teams provide the perfect cover.

The art of the deal

The city also agreed to give the private development group the city’s empty 100-acre plot next to Sleep Train Arena in North Natomas, as well as six other city properties, five of them adjacent to or near the downtown arena site,” the Bee reported.

As proof that no one has shoved any money to the middle of the table yet, the Bee also noted the 18-page preliminary term sheet is non-binding.

But the city may have jumped the shark. “A series of major hurdles lie ahead for the Johnson-led effort, starting this Tuesday. City Manager John Shirey said he will ask the council to approve the term sheet Tuesday night at the city council meeting the Bee reported. “That would allow the city to pitch its plan April 3 to the NBA in New York.”

Seattle still wants the Sacramento Kings, and it’s not over yet.

“Representatives of Seattle also will be in New York that day, detailing their existing agreement – signed last month – to buy the team from the Maloof family and build an arena of their own in Seattle.”

The NBA board of governors will be voting on the Seattle deal April 18. “If it votes no, the Maloofs could entertain the Burkle-Mastrov-Ranadive group’s offer to buy the team.”

There’s no telling what will become of Sleep Train Arena, owned by Maloof Entertainment Group, located in North Natomas, just north of the city. It’s still the perfect location for an arena. There is no congestion issue, parking is plentiful and it is isolated and away from downtown.

Democratic politicians all have one thing in common — they all are always willing and eager to put taxpayers in more debt on ego deals the cities do not need, and cannot afford. If any of them had ever run a business prior to politics, stupid deals like this one would be laughed out of the city.