Caltrans director about to be quietly reconfirmed

Caltrans is an agency in trouble. The most recent buffoonery involves putting California motorists at risk, with the 30 broken bolts discovered on the newly renovated San Francisco Bay Bridge. And apparently Caltrans knew about this. 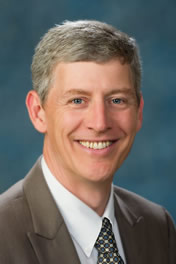 A recently released report from the California League of Cities , California State Association of Counties and other transportation organizations found only 56 percent of California’s local streets and roads were deemed to be in “good” condition, and 49 of the state’s 58 counties were rated “At Risk” or in “Poor’ condition.

“By ‘streets and roads,’ the report is also referring to bridges and essential components like sidewalks, storm drains, curbs and traffic signs,” the AllGov California website reported. “Pavement accounts for $59.1 billion of the projected shortfall. Essential components are $21.8 billion and bridges are $1.3 billion.”

California, once famously known as ‘The Golden State,” is now characterized as being “on the edge of a cliff” because of our failing roads and highways system, the 2012 California Statewide Local Streets and Roads Needs Assessment found.

And if you’ve ever had a pothole destroy one of your car’s wheels or rims, that’s just the tip of the iceberg.

Who is to blame?

But there is so much more, and Malcolm Dougherty, Caltrans Director, is about to be reconfirmed by the Senate without so much as a single question or confrontation over the many important issues.

According to a memo originated in Sen. Joel Anderson’s office, and passed around to many offices in the Senate, Dougherty has been a key member of Caltrans’ “deteriorating leadership” for the last 21 years.

While Dougherty has been Caltrans Director since May 2012, he has been with Caltrans since 1992.

But even more telling are the outrageously poor rankings Caltrans has received over 20 years, according to Anderson’s  office research:

If this is the case, Caltrans management has fallen on their behinds. But does anyone in the Legislature care?

“During his 20 years with Caltrans, Dougherty has served in several high-profile management positions,” the Caltrans website says. “Before being appointed Director, he served as Chief Deputy Director, where he advised and assisted the Director with all aspects of Caltrans’ policies and operations.”

Based on that bio, it sounds to me as if Dougherty is not only the top dog at Caltrans, he has been making management decisions for many years.

However, the one opportunity for oversight during the most recent Senate Rules Committee confirmation hearing, never even brought up the Caltrans performance issues at Dougherty’s confirmation.

The hearing wasn’t televised, as is the normal procedure, however there is supposed to be audio of it. I am still trying to locate this, and will follow up.

Another culture of corruption?

“The Caltrans’ culture is now one of denial and cover-up,” the memo from Anderson’s office said.

* Busted bolts: “At least 30 of the giant bolts that hold together the new, $6.4 billion eastern span of the Bay Bridge have snapped . . . the bridge, which has been under construction for more than a decade, has had a history of trouble and setbacks.” – San Francisco Chronicle, 3/27/13.

* $5.6 million party: “State officials say it’s important to give the public a chance to walk across the dazzling new eastern span of the Bay Bridge when it opens Labor Day weekend, even if it costs taxpayers $5.6 million.” – Oakland Tribune, 2/9/13

* “Fiasco of the Decade:” The California Taxpayers Association highlighted the “Caltrans $3.2 billion Bay Bridge fiasco” as part of California’s “decade of waste, fraud and mismanagement” from 2000 to 2010.

* Phony Inspections: Caltrans officials concealed the fact that one of their employees – Duane Wiles – falsified piling inspections on the Bay Bridge until the scandal was exposed by the Sacramento Bee. “Caltrans’ responses to (the Sac Bee reporter) Charles Piller have been especially troubling. Its spokesmen have dodged the issues raised by Wiles’ actions, minimized potential problems, taken no responsibility for failing to act, and refused to release key documents.” – Sacramento Bee, 11/13/11

* Corruption: When forced by the media to admit that Wiles did report phony inspection data, Dougherty and other Caltrans officials arranged a show “firing” of Wiles followed by a quiet “re-hiring” and then a “retirement” by Wiles. – Sacramento Bee, 1/26/12

* Cover-up: The retirement deal Dougherty and Caltrans officials made with Wiles “prevents a public airing of Wiles’ admitted fraud and errors, and removes a public forum for examining whether agency higher-ups responsibly addressed the problem.” – Sacramento Bee, 1/26/12

But it doesn’t stop there. “Dougherty is a key part of the Caltrans’ culture change from a “can-do” agency to “probably can’t” laughingstock,” the memo said, including:

High salaries: According to the Sacramento Bee, the 20,000 employees at Caltrans are paid on average over $100,000 in salary and benefits yearly.

Pay-spiking: The State Auditor also stated that during a four-year period (2005-2009), when the state was experiencing record deficits, “the annual salaries of certain Caltrans employees, including engineers, increased by more than 40 percent.”

There is more in the memo, including:

“Buying booze, drinking & driving on state time: CBS 2 (Los Angeles) has done multiple stories in the last two years on Caltrans supervisors and employees using state vehicles to make booze runs to the store and consuming beer after beer after beer during lunches before heading back to the Caltrans yard.”

Even if only one or two of these blatant violations were true, the coach should be changed. Any bad coach in professional sports is removed and replaced.

There will be an actual hearing on Dougherty’s confirmation, maybe as early as Thursday of this week. I am hoping that some lawmakers under the dome have the gumption and integrity to question Dougherty about some of these issues, and at least ask him what his plan is to change the culture of complacency and corruption at Caltrans.

If the Legislature does not grill Dougherty, and he flies through the hearing without any real questions or answers, we will know without a doubt, that the California State Legislature has abdicated its true oversight role for crony capitalism.

The question then facing all of California, is what will they abdicate next?