How convenient. Instead of focusing on criminals released the last two years under AB 109 and now committing new crimes, the California Legislature is diverting citizens’ attention by taking up gun control. AB 109 was the prison “diversion” law that dumped thousands of criminals from state prisons onto local jails, many subsequently being released into the general public.

A hearing in the Assembly Public Safety committee Tuesday advanced the diversion while making the majority Democrats seem “tough on crime.” 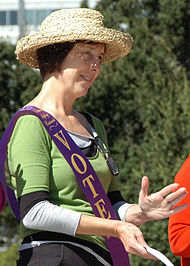 The Law Center to Prevent Gun Violence was one group that testified at Tuesday’s hearing. It advocates more gun control, while saying, “We all deserve to live in communities free from the fear and threat of gun violence.”

For a group to make such a definitive statement about public safety, there is oddly nothing on its website about preventing or ending gang crimes or brutal gang violence with illegally obtained weapons.

AB 109 was supposed to shift “low-level” offenders from state prisons to county jails. Under the 2011 law, only inmates serving sentences for “non-violent, non-serious, non-sexual offenses” are allowed to be shifted to county Probation Departments for post-release supervision.

However, one ignored result of AB 109 is that nearly half of these “non-violent offenders” had previously been incarcerated for serious crimes. But parole supervision is now based entirely on an inmate’s current conviction, not on cumulative crimes for which he had served prison time in the past.

As the Huffington Post reported on March 20, “Recent shootings in the LA area have police wondering if a new California law is to blame for the outbreak of gun violence.

“LA County jails assumed supervision of thousands of non-serious felons from California in 2011 when the state legislated “inmate realignment” to deal with state prison overcrowding. The realignment left county jails across the state so overcrowded that low-level inmates have been released early to be rehabilitated on the streets as parolees.”

Brown signed AB 109 only two years ago to “stop the costly, ineffective and unsafe ‘revolving door’ of lower-level offenders and parole violators through our state prisons.”

While state Republicans fought realignment, and now are focused on the many serious problems because of it, Democrats have been successfully diverting everyone else’s attention to gun control issues.

Because the Second Amendment of the U.S. Constitution protects citizens’ rights to legal, lawful gun ownership, Democrats’ efforts to limit those rights will be legally challenged in federal court.

But this makes for a fantastic diversion away from the mess they’ve made under prison realignment in California. Passing laws which don’t cost anything helps Democrats avoid realigning their spending priorities.

Assemblywoman Nancy Skinner, D-Berkeley, thinks the problem with guns is the bullets, magazines and gun parts.

“AB 48 would put in place safeguards for ammunition,” Skinner said of her legislation at the Tuesday hearing. “Bullets are the very thing making guns deadly.”

Her bill would ban the sale of magazine parts kits that hold more than 10 cartridges and the sale or transfer of ammunition by anyone other than a licensed firearms dealer. And it would require that every ammunition transfer be reported to the state Department of Justice.

In other words, Skinner’s bill would make it “a misdemeanor to knowingly manufacture, import, keep for sale, offer or expose for sale, or give or lend any device that is capable of converting an ammunition feeding device into a large-capacity magazine.” Violation of this law would be punishable by a fine, and/or imprisonment in a county jail — the same county jail currently letting “non-violent” offenders out due to realignment.

How ironic that Skinner proposes to punish law-abiding gun owners as criminals, while real criminals are being let out to commit more crimes.

But Skinner is ignoring that most gun crimes are committed with stolen or illegally obtained weapons. And it sounds as if she is trying to shut down an industry by limiting who can purchase ammunition, and how much is “legal.”

“If enacted, a gun owner who ‘furnishes’ ammunition to a friend at the shooting range, and a father who hands his son ammunition while teaching him how to properly and safely use a firearm, would become criminals,” said the National Rifle Association about Skinner’s bill. “Under AB 48, sporting goods stores, general stores, and shooting ranges that do not sell firearms would be BANNED from selling ammunition on a widespread basis throughout the state. This would effectively put many ranges out of business.”

“This is about protecting gun users, to make our consumers safe,” said Ben Van Houten, a lawyer with the Law Center to Prevent Gun Violence, while testifying during the hearing. “How serious are we going to be keeping consumers safe?”

Gun control laws only impact the gun owners who follow the law. There are no statistics to show reductions in crime when guns and ammunition are restricted. While 12 of California’s elected sheriffs have taken a stand against gun control, the Legislature forges ahead on unnecessary restrictions in an effort to gin up emotion and opposition, while putting criminals back out on California streets.