Caltrans boondoggles; director to be re-confirmed

Today, it appears the California Senate will reconfirm Malcolm Dougherty, the director of Caltrans. This will be done after only one Senate hearing, where instead of asking Dougherty to answer for the giant problems in his agency, lawmakers were silent or complimentary. 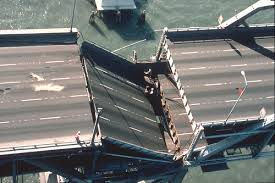 What timing. I hope Senators are paying attention today. Because yesterday, the Metropolitan Transportation Commission announced the opening of the new San Francisco-Oakland Bay Bridge may be delayed a few more weeks or even months. The latest delay of the 10-year construction project is due to the discovery of more than 30 faulty giant bolts holding the bridge together — apparently they need to be replaced before the bridge can open to the public.

Under construction for more than a decade, the Bay Bridge project has not only taken much longer to build than planned, cost overruns have escalated the total cost to build it to a whopping $6.4 billion. But that’s not the half of it.

The seismic event which caused the bridge to falter, the Loma Prieta Earthquake, took place 24 years ago. I remember that day well because I was pregnant then, with my now 24-year-old son. I made frequent business trips back and forth to San Francisco on that bridge, and was grateful I was not on the bridge that day.

Then, there was the $10 million public relations contract awarded to San Francisco-based PR firm, Words Pictures Ideas LLC. The contract was eventually cancelled by Brian Kelly, acting secretary of the Business, Transportation & Housing Agency, which oversees Caltrans. When the Sacramento Bee did an expose` on the dreamy PR contract, Kelly ordered the project’s cancellation in a letter to Caltrans director Malcolm Dougherty.

“In that letter, Kelly said ‘the contract calls for some services, at the public’s expense, that appear to go beyond those necessary to inform the public about the project, its status, and its impact on public safety and mobility,’” the Bee reported.

Words Pictures Ideas already had an apparently lucrative contract with Caltrans before receiving the Bay Bridge deal. It is worrisome that the agency, which may have done very good work for Caltrans, received a rubber stamp for the bridge PR contract.

Where was Dougherty? Doesn’t the buck stop with the agency head?

Then there is the $5.6 million grand opening celebration party for the Bridge. The $10 million PR contract may have been nixed, but not the party. “Acting state Business, Transportation and Housing Secretary Brian Kelly, an appointee of Gov. Jerry Brown whose agency oversees Caltrans, said it would be preferable to raise private funds, but agreed it was appropriate to spend toll money on public safety and access costs,” the Contra Costa Times reported in February. “His stance is markedly different from a few months ago when his agency dumped a $10 million bridge PR contract after taking issue with its three-year term and plans for a documentary book and movie.”
But it doesn’t stop there.

* There have been Caltrans employees falsifying overtime, test data, and stolen state property.

* The Bay Bridge was so grossly neglected, the State Auditor blamed $3.2 billion retrofit cost overruns in 2010 on the neglect.

There is more. And it is all under the watch of Director Malcolm Dougherty.

Caltrans has a rather sordid history with irresponsible, unaccountable spending.

In 2009, CBS13 went undercover at the Marriott Desert Springs Resort in Palm Desert to check out a national conference of state highway planners that 52 Caltrans workers attended.

They found “lots of Caltrans cars, some driven down from NorCal on the state’s dime, gondola tours of an 18-acre, 50-million-gallon man-made lagoon and Caltrans Director Randell Iwasaki spending some quality time at the hotel’s Internet cafe,” CBS 13 reported.

The price tag for sending the Caltrans employees to the resort was more than $28,000 at a cost to taxpayers.

A recently released report from the California League of Cities , California State Association of Counties and other transportation organizations found only 56 percent of California’s local streets and roads were deemed to be in “good” condition, and 49 of the state’s 58 counties were rated “At Risk” or in “Poor’ condition.

But even more telling are the outrageously poor rankings Caltrans has received over 20 years, according to Sen. Joel Anderson’s office research:

I’m not sure why Dougherty is being reconfirmed without a grilling and required to answer some very important questions.