Political energy crisis in the making 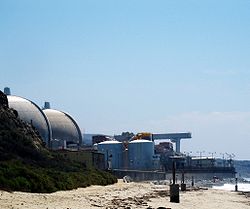 With industrial electricity rates 88 percent higher in California than in Texas last year, the news that the San Onofre nuclear plant in is not going to be restarted is just more evidence of a government created energy crisis in the making.

Due to political pressure from Sen. Barbara Boxer, D-CA for the closure of one of California’s largest power plants, a shortage of electricity is expected, power producers agree. But they claim they can handle it. At what cost?

It is 108 degrees in Sacramento today. If this is a sign of the summer ahead, a shortage of electricity is not good news.

And it’s even tougher to take knowing my $300-a-month California electricity bill would be $61 in Texas.

Gov. Jerry Brown wants us to practice conservation measures. Could this be a Gray Davis redux? “The governor also is urging continued conservation of electricity as the hot summer months approach,” Sacramento’s News10 reported.

“Steve Berberich of the California Independent System Operator, which runs the state’s transmission grid, said pockets of Southern California will likely be subjected to conservation alerts this summer as the demand for electricity grows,” the Sacramento Bee reported.

“‘It will be tight – we will have to have conservation messages out there,’ said Berberich, the ISO’s chief executive. ‘If we ask for conservation, we need (consumers) to respond.’ Gov. Jerry Brown issued his own call for conservation.”

California politicians created the problem the last time, and they can do it again.

“The Nuclear Waste Act of 2012” was a ballot proposal which would immediately have prohibited the generation of nuclear power in the state, including by existing power plants. Fortunately, the initiative did not make it to the ballot. But that is the mindset of the party in political power in California.

The authors of the nuclear waste act claimed the Legislative Analyst’s Office’s fiscal analysis for the initiative was false and misleading, and prejudiced voters against signing our petition. They sued and tok the case all the way to the California Supreme Court, which refused to hear the case.

The 2000-2001 California electricity crisis was caused by market and price manipulations, delays in approval of new power plants, and capped retail electricity prices.The state suffered from large-scale rolling blackouts. one of the state’s largest energy companies collapsed, and the economic fall-out led to the historic recall election of then Governor Gray Davis.

“California has a new energy crisis,” Forbes reported last month. “It’s not about power marketers manipulating electricity prices. And it’s not about oil spilling into the Pacific Ocean. It’s about the future of the long-standing nuclear facility in Southern California and whether the 1.4 million homes that it services will feel the effects of its shutdown.”

It takes double the power to replace the nuclear power by renewable and conventional energy. Most nuclear plants calculate 1000 Megawatts of power generates electricity to one million homes.

The California Legislative Analyst addressed the very real problem of what to replace nuclear power with, in their analysis of the 2012 proposed ballot initiative. “The state’s electricity authorities have stated that it would take many years to replace the electricity generating capacity of the two nuclear plants due to the current complexity of siting power plants and transmission lines.”

The two nuclear plants referred to by the LAO are The Diablo Canyon Nuclear Power Plant, located in San Luis Obispo and owned by PG&E, and the San Onofre Nuclear Generating Station, mainly owned by Southern California Edison in San Diego County.

“These two plants produce enough electricity to power more than 6 million homes — nearly 10,000 megawatts of of power,” I wrote in 2012. “The cost of power generation to replace clean nuclear power would be more than double what nuclear power costs. This is because renewable energy only produces intermittently, and needs double the amount of conventional or nuclear energy produced in order to address the intermittency issue. In addition to needing more renewable energy to power the same number of homes, wind and solar still need conventionally produced energy as backup.”

It would take more than 20,000 MegaWatts of conventional energy to replace the nuclear power generated by the two nuclear plants in the state — if additional conventional power plants could even be built.

Although the radiation isotopes must be contained, nuclear power only generates steam; there are no greenhouse gas emissions produced, which is why it is considered clean energy. Renewable energy is far more expensive to produce than nuclear, and unreliable as a primary energy source, according to the energy expert.

How is this going to impact the cost of power? Increases are inevitable. It’s not going to be pretty.

Texas has electricity deregulation, which is the direction California should be headed. But don’t hold your breath with the governor urging conservation measures.