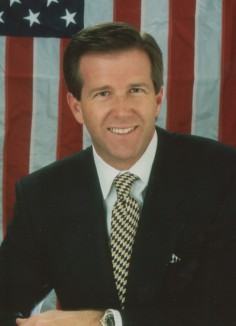 U.S. Rep. John Campbell yesterday announced he would retire at the end of his term.

Before yesterday’s stunning announcement that popular conservative Congressman John Campbell would be retiring from the House of Representatives at the end of his term, 2014 was already shaping up to be the most tumultuous political year that I can remember in the history of Orange County. Without any notice, Congressman Campbell sent out an announcement that he was calling it quits, saying in an email: “At the end of this term, I will have spent 14 years serving in full-time, elected politics. I am not nor did I ever intend to be a career politician. I am ready to begin a new chapter in my life.”

Let me first say that I wish the Congressman the best in his future endeavors. He has not only been my Representative, but he is also a personal friend. I will look forward to seeing more of him here in Orange County, but his strong voice as a Constitutional conservative will be missed on Capitol Hill.

Campbell’s announcement has quickly led to speculation, announcements, and cascading effects. Who will run in the heavily-GOP 45th Congressional District? Here’s a map in case you want to see if you live in t (although you could actually live anywhere in California and run for it – there is no residency requirement other than that). The seat comes down East County from Anaheim Hills and Orange down through Tustin and into Irvine, and then drops down to include Laguna Hills, Laguna Woods, Lake Forest, Mission Viejo and Rancho Santa Margarita and Coto De Caza.

I often tell people that when a seat opens up for Congress, you can never tell how many people will run because, with no term limits on them, these seats typically open once in a generation. Campbell’s tenure, since his 2005 special election (when incumbent Chris Cox, himself elected in 1988, left to take a Presidential appointment), it relatively short. Look no further than neighboring GOP Congressmen Dana Rohrabacher (elected in 1988) and Ed Royce (elected in 1992) to examples of long-tenured Members of Congress.

As I take an initial stab at some “what now” analysis, I feel like I need to throw out the caveat that this sort of stuff evolves constantly and often quickly. Someone who was a front-runner tonight, may not run tomorrow. Someone who totally rules out running right now, ends up jumping in later. And invariably some folks who will give the race serious consideration aren’t on the radar yet. And I will remind readers that this is Orange County, where any one who owns their home is one home-equity loan away from self-financing their own campaign for Congress. All of that said, here’s some quick takes on both the CD 45 analysis, which also necessarily involves some eyeballing of the underlapping 5th Supervisorial District race, as well at the 73rd Assembly District race — both open seats in South Orange County.

I had barely digested the news about Campbell’s retirement before my phone rang. State Senator Mimi Walters was calling to let me know that she was “all in” for the 45th. Walters, one of the more aggressive campaigners that I know, reported back to me later in the evening that she has already lined up early endorsements from Congressman Ed Royce, and from Orange County’s DA, Tony Rackauckas, and Sheriff Sandra Hutchens. I had several pings from elected officials around the district letting me know that Walters had called them. Walters, who has been serving in the California legislature for many years, has long coveted a seat in Congress — and so her pivoting from what was a run for Board of Supervisors in 2014 comes as no surprise. Many years ago Walters was an intern on Capitol Hill for her former Congressman when she lived in the Central Valley, before becoming a stock broker. Her longtime political consultant, Dave Gilliard, has a pretty strong track record of successfully navigating his clients into the House (Gilliard is Campbell’s consultant as well). At this stage, Walters is the only person that I know of who has actually announced a candidacy. So I guess that would quality her as the frontrunner! 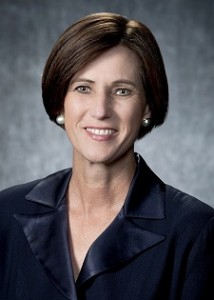 State Senator Mimi Walters told me she is "all in" for a run to succeed Campbell.

Who are other potential candidates? Well let me first take some names off of the table. I contacted former Congressman Chris Cox, just to see if he would consider a return to public life — and he assured me that he has no such intentions. I also confirmed that former County Supervisor Bill Campbell also has no interest. I spoke with Assemblywoman Diane Harkey, who is running for State Board of Equalization, and she was clear that she is not running for Congress. And I reached out to Board of Equalization Member Michelle Steel who lives in West Orange County, who is focused on her run for 2nd District Supervisor and is not looking at Congress in 2014. I’ve also had reliable sources confirm for me that current 5th District Supervisor Patricia Bates is staying put with her plans to run for State Senate next year. I also happened to speak with popular Irvine Councilman Jeff Lalloway earlier in the evening, so I asked him if he was looking at it, and he said he had no plans to run for that seat.

Since no one else has announced a candidacy, that leads us to the might runs, and the could runs. 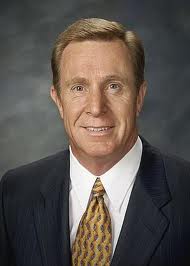 Topping the credible contenders list is the potential that current Congressman Gary Miller, who is currently representing a district in the Inland Empire that will be a tough seat to hold, might carpetbag down to the 45th District. Miller actually represented the southernmost tip of the district from 2001-2011 — when his old seat included Mission Viejo and Rancho Santa Margarita. Weighing his options is second-term Assemblyman Don Wagner, who’s current seat nicely overlaps a massive chunk of the Campbell seat. And Supervisor Todd Spitzer looms large, especially given his large campaign war chest.

The list of other potential candidates includes, but is not limited to: Former Senate Republican Leader Dick Ackerman, Irvine Mayor Steven Choi, Irvine Councilwoman Christina Shea (I mention these two as Irvine is the largest city in the 45th), Anaheim Mayor Tom Tait (who is not likely to run, but nor has he ruled out a run), Anaheim Councilwoman Kris Murray, and Orange Councilman Fred Whitaker. It’s worthy of note that former U.S. Ambassador Gaddi Vasquez (also a former County Supervisor) resides in this district as well. I guess I should mention perennial candidate Harry Sidhu, a former Anaheim City Councilman, who was heavily backed by public employee unions in an unsuccessful County Supervisor bid, after previously losing to Mimi Walters in a State Senate bid.

A few other names of folks who don’t live in the 45th, but could conceivably run — Orange County Supervisor John Moorlach, Assemblyman Allan Mansoor, and former finance guy and Bush Administration official Neal Kashkiri (he’s been looking at a potential run for statewide office), and of course Phil Liberatore who has run for Congress in a couple of Southern California seats in recent years, spending considerable personal funds each time.

Of course there are dozens of current and former city council members around the 75th who could look at the seat — again, House seats only come open every once in a long while.

All of the potential candidates I have mentioned all are Republicans. But it is also worth highlighting some Democrats who could run. Especially in the era of the new “top two” election system, where it is not likely but conceivable that if enough Republicans run, and only two Democrats in the race, that the two Dems could come in first and second, and only they would advance to November. Off of the bat you have Irvine Councilmembers Beth Krom and Larry Agran (the former of whom ran against Campbell in 2010), and former Irvine Mayor Sukhee Kang (who ran against Campbell last year). You also have Democrat uber-candidate Steve Young, who runs for a lot of offices. An unlikely prospect could be Orange’s Democrat Mayor Tita Smith. Again, unless a two-Dem victory occurs in the June election, no Democrat can win this seat against a Republican on the November ballot. 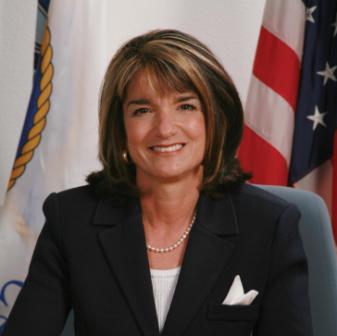 Does Assemblywoman Diane Harkey "pivot" to a Supervisor run?

Some quick notes on the effected down-ticket 5th Supervisorial seat, and 73rd Assembly seat. Popular Laguna Niguel Councilman Robert Ming has been making phone calls, clearly gauging interest in a Supervisor run. And former Laguna Niguel Councilman Paul Glaab, currently a candidate for Assembly, told me that he has been getting calls encouraging him to run in the 5th, and is “considering his options.” And speaking of Laguna Niguel, Councilwoman Linda Lindholm (who is married to new Lincoln Club President Wayne Lindholm) makes any credible short list.

The only one out there that strikes me as a potential “clear the field” type candidate would be current South County Assemblywoman Diane Harkey, who is currently in a full-throated bid for State Board of Equalization, in a donnybrook with State Senator Mark Wyland. I spoke with Harkey and while her focus remains on BOE, she clearly is considering all of her options — ruling out only a bid for Congress when we were on the phone. Besides Glaab, I’ve not any any indications as of yet that the other GOP contenders vying for the 73rd — Rancho Santa Margarita Councilmembers Steve Baric and Jesse Petrilla, Dana Point Councilman Bill Brough, or Capistrano Unified School Board Trustee Anna Bryson, are contemplating a shift. The 5th Supervisor seat is “safe GOP” for sure, and there are a plethora of potential candidates out there. If Glaab hops out of the 73rd donnybrook, the impact of that would be the subject of yet more analysis.

This will all evolve, and revolve, many times before it all shakes out.

The biggest questions — Can Senator Mimi Walters hustle enough to truly carve out a “major frontrunner” status for the long campaign ahead? Does the Republican-rich 45th CD draw in Congressman Gary Miller? And will Diane Harkey pivot to a run for Supervisor?

As always, I you have any insights or tips, drop me a line. You can be sure I’ll be keeping a close eye on all of this.

(An earlier version of this analysis incorrectly said that Todd Spitzer lived outside of the 45th CD.)

Look to the comments below for updates.

9am Update: Just confirmed Rep. Gary Miller will not run in CD 45.