It would appear that more and more people are hearing some of the specifics of how San Diego Mayor Bob Filner has a problem sexually harassing people around him.  As of this morning the specific allegations against Filner have yet to come out into the public spotlight, although at this point one really expects to hear from the likes of Gloria Allred, representing a battalion of victims.   After all, whatever the sordid details happen to be, we know that they have caused a growing number of the Mayor’s former key supporters to now call for his resignation.  And we know that they are bad enough that Filner himself issued an apology and admitted that he needed professional help. 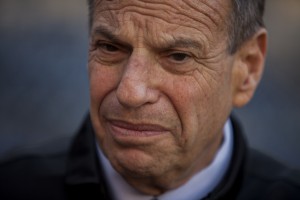 Will Filner actually resign?  I do not think the growing chorus of his former supporters ranging from City Councilmembers present and past, Democrat State Legislators, and other Democrat leaders clamoring for his departure will be the cause of his departure.  It’s going to be when the details of what he did start to filter through into the public discussion that will cause him to step down.  One can only imagine the egregious nature of the harassment that it seemingly causes anyone who does get read in on the details to immediately say he should go.  It is possible that the kind of details that would force Filner from office may be revealed later this morning, as the three original former-allies of Filner who first held a press conference on this matter — former City Councilwoman Donna Frye and attorneys Cory Briggs and Marco Gonzalez — have scheduled yet another press conference.

As a practical matter, Filner’s ability to actually govern the City of San Diego has ground to a halt.  Nothing says “boxed in” more than your own Chief of Staff resigning and the President of the City Council calling for you to step down.  If Filner does not resign, look for a pretty quick and aggressive clipping of his wings by the Council, as that body seeks to fill the vacuum of leadership with Filner on a de facto leave of office.

Of course whether Mayor Filner steps aside or not, it’s not hard to imagine the vast sums of San Diego tax dollars that will go out the door as complaints ultimately are filed by victims, and lawsuits start flooding in.  Nothing quite says “open season” for claims than the Mayor’s statements that he has a terrible problem for which he is seeking professional help.  All of the righteous claims will be expensive enough — millions of dollars I suspect.  But then there will be the battery of “wobbler” cases of he said/she said claims that flood into the city.  The payouts on those claims could be millions as well, as the city will be hard pressed not to settle all of these types of cases, rather than ending up in front of a unsympathetic jury.

Another interesting subtext to all of this is that it is clear that Fliner has had issues for a long time — apparently before he was elected Mayor.  It raises an ugly specter of how many leading Democrat and Labor leaders in San Diego could have predicted this sort of behavior — maybe even saw warning signs — but opted to keep quiet.  Do those people bear some responsibility for all of the harassment that Filner has committed in his current office?  It’s possible that as more details emerge, we may see an interesting picture develop of these “enablers” who chose to keep silent, until now.

If Filner does not choose to resign, after the specific details on the nature of his alleged sexual harassment come to light, it is possible that he will face a recall election, qualified by signatures of around 100,000 city voters.  If this happens, voters will have a two-question special election ballot — First, do you want to recall the Mayor?  Second, if he is recalled, with whom should he be replaced?  Of course should he resign the special election would simply be to elect his replacement. 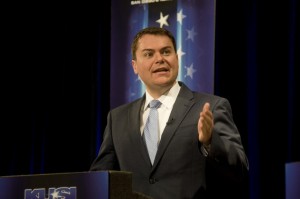 A whole host of potential candidates is already being bantered about in the main stream media — on the GOP side former Mayoral candidate Carl DeMaio would be quite formidable, especially in a low-turnout special election.  He came in second to Filner in November with around 47% of the vote.  I suspect if he were to jump in he would clear the field of any other serious GOP candidates.  If he were to not run (he is the leading Republican candidate against Democrat Congressman Scott Peters, so he might decide to stay focused on that effort) then termed-out City Councilman Kevin Faulconer and City Attorney Jan Goldsmith loom large on the GOP  side, and of course the county’s popular Republican District Attorney, Bonnie Dumanis, ran for Mayor last year and could get back into the mix.  Prominent Democrat candidates could be former State Senator Kristine Kehoe, and City Council President Todd Gloria. And of course there is the politically amorphous Nathan Fletcher, the former Mayoral candidate and now former Assemblyman who abruptly left the GOP after losing the party’s endorsement to DeMaio.  For now, anyway, Fletcher is registered as a Democrat.

Matt Drudge would end a column like this with his famous “Developing…” — because literally every day there is more news and speculation arising out of this tragic situation.  One thing that is very clear is that the biggest loser in all of this is the City of San Diego itself.  A world-class city, the terrible news about it’s Mayor has now appeared on the front of newspapers, and on television news programs not only in the region and all over the state, but literally all over the world.