The Democrats’ War on Women: Brown (D) and Obama (D) Stubbornly Refuse to Call on Filner (D) to Quit

Political candidates and party officials rarely choose campaign themes purely out of philosophical interests.  In the midst of a contested election, campaigns invest heavily in researching and testing messages to gain maximum advantage at the expense of the opposition.

The Democrats’ 2012 “war on women” theme used against Republicans was not chosen by accident or merely out of a desire to satisfy feminists in the Democrat Party leadership.  It was a deliberate choice to maximize the Democrats’ advantage among women while exploiting a glaring vulnerability among Republicans, whose traditional support for life and religious liberty is often cast as “anti-women.” 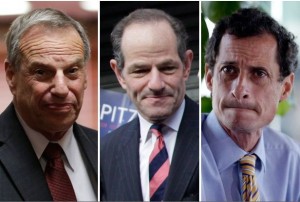 Republican candidates and activists can complain about how this theme was “unfair,” but while our team was complaining, Barack Obama racked up the biggest gender advantage in Presidential contests going back at least to 1952.  While Mitt Romney won among men by 8 points, Obama won among women by 12.

The “war on women” theme was rooted in Republican policy positions, and bound together House Republican opposition to Obamacare mandates that religious employers pay for contraception coverage, efforts to defund Planned Parenthood, and state-level efforts to restrict abortion.  The “war on women” theme might not have made it much beyond the Beltway press but for a series of “unforced errors” committed by high profile Republican Senate candidates.  Rep. Todd Akin (R) in his campaign to unseat unpopular incumbent Sen. Claire McCaskill (D) clumsily attempted to make the (false) argument that in the cases of rape, a woman can’t conceive.  Attempting to describe cases of actual rape, Akin famously used the term “legitimate rape,” providing the kind of soundbite that campaign operatives dream their opponents will provide.

Indiana Senate nominee Richard Mourdock (R) made a similarly dumb argument in his debate with Democrat Joe Donelley, claiming that when a child is conceived as a result of a rape, it’s “God’s will.”

Episodes like these carried special punch because they fit perfectly into the “war on women” narrative Democrats had been pushing for months.  They did not only damage Akin and Mourdock – both of whom lost – but anyone else wearing the Republican jersey.

Similarly, Democrat leaders like San Diego Mayor Bob Filner, disgraced former Congressman Anthony Weiner in New York, and former New York Governor Elliott Spitzer are weighing down the entire Democrat team.  Weiner will be thrown overboard when he loses the New York Mayoral primary next month while most Democrats can’t wait for Filner to be forced to resign in disgrace.

Only local labor unions in San Diego, California Governor Jerry Brown and President Obama have curiously refused to call on Filner to quit.

Elliot Spitzer, who was forced to resign as Governor of New York after it was revealed he had a penchant for prostitutes, will remain an ongoing problematic talking point for Democrats: he is currently favored to win the New York City Comptroller’s race, an obvious step in his political comeback plans.

Will the Democrats repackage and reuse the “war on women” attack theme against Republicans?  Eventually.  But for the moment Filner, Spitzer and Weiner have so tarnished the Democrats’ brand that it will take some time.  And some Democrats seem bent on delaying their party’s recovery as long as possible.

By awkwardly choosing to stand by Filner or remain silent, Democrats such as President Obama and Governor Jerry Brown, along with their union allies, raise doubts in the minds of voters and only increase the damage to their party’s brand.  Leaders of the party that claims to be the champion of “justice” are suddenly neutral when it comes to justice for those who have been victimized by the Democrat Mayor of America’s eighth largest city.  Who is waging the “war on women” now?