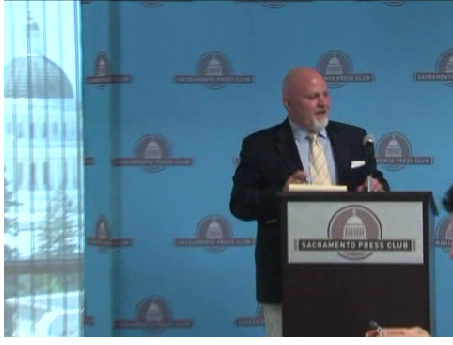 First I will correct the misrepresentation that support for a public vote and a better accounting of hundreds of millions of public dollars is somehow opposing Sacramento or an Arena. It is not.

To start, we need to understand what taxpayers are being asked to subsidize.
The subsidy proponent’s talking points characterize the NBA arena as a job-creating economic engine … a phrase that polls well, but is just not true.

The evidence, the data – the science – overwhelmingly tells us arenas don’t create the jobs promised and don’t create an economic boom.

Denying these facts puts subsidy proponents in the same company as those who believe fluoridation is a government conspiracy and still think smoking isn’t addictive.

Are there SOME benefits – Yes. But the facts are clear: The total economic activity is flat.  Some sectors like bars will see increased revenue, while others like upper-scale restaurants will see decreased revenue.  It’s a broadly accepted economic principle called “substitution.”

The former Economics Chair at Sacramento State did analysis of the term sheet, and even using the city’s inflated numbers and deflated risks, he calculated the rate of return at 0.69%.  If your brokers were getting you a return like that on your investments, you’d fire them.

This arena IS NOT an investment, it doesn’t create the jobs they claim nor the economic development they promise.

It is an amenity – like a park or museum.

The unmeasurable benefit of such an amenity is civic pride. Sacramento is passionate about the Kings. And amenities can help lure new business – if you have a good business environment to begin with.  Unfortunately, Sacramento is rated one of the worst places to start or run a business – below even Oakland, Detroit and Chicago.

But those who derive their civic pride solely from the NBA aren’t the only ones who live here; nor will they ultimately be solely responsible for paying the bill.

Polling by subsidy proponents is similar to my own – 78% of voters want to vote on this issue.

Which leads to my second concern. Subsidy proponents designed the plan with two initial goals: to avoid – or evade – a public vote; and to extract the maximum from public sources.

Failures to include the public are well documented… 3-days of public review over a holiday weekend; most public workshops held BEFORE the term sheet was released.

Some claim that the issue has been thoroughly debated – but that’s obviously not true.

We’ve seen stacked PR events from organizations like Think Big and the Arena Task Force that were secretly funded by team owners and developers – but the broad concerns raised by many, people have been ignored, brushed off or met with derision.

Obviously this is an issue that divides – passions have overrun many on both sides. I have friends on both sides – but in the end, we’ll all need to be able to work together on this or other issues.

That’s why without a more inclusive effort, like a pubic vote, This amenity – a place where the public should be able to come together – will instead become a costly monument to division and disregard for the public.

Beyond the distractions, what is the debate about?

Clearly it is how much money and where is it going – which is perhaps the most troubling component of this issue.

The city has not been forthright with how much money is being taken from the public – and refused to have an independent analysis verify their claims.

The city says the subsidy is $248 Million – 58% of the construction. Almost no one credible believes that number.

UOP’s Business Forecasting Department put the public subsidy at over $290 Million. And THAT was before counting revenue for 2700 parking spaces that is being GIVEN away.

Eye on Sacramento estimated the public subsidy at $350 million – or just shy of 80% of the cost of the Arena.

If the city won’t even tell us how much the subsidy really is, how can they possibly claim they can pay for it?

Even these estimates don’t fully account for all the money, the risk, or the city’s failure to be forthright about the deal.

So while subsidy proponents want to focus on the $100,000 donation, they completely ignore that the city appears to be hiding or diverting $100 Million of the public’s money.

Just where is all that money going?

A lawsuit currently in the courts claims that the unaccounted value of the GIFTS are actually a reimbursement to owners for the increased costs caused by the bid-up of the team. The City has been using legal maneuvers to avoid disclosing this information – but shouldn’t we know where the money is going and how much it is BEFORE committing taxpayers to a 45 years financial deal?

There’s over 3 months until the signatures need to be turned in… and there is a very good chance proponents will succeed on putting this on the ballot.

The Sacramento County Republican Party, Latino Democrats Club,  American GI Forum and the Sacramento Taxpayers Association have all endorsed putting this on the ballot. Three former Mayors have signed the petitions, along with over 20,000 local voters.

A public vote would accomplish several goals – NONE of which necessarily blow the supposed NBA deadline – but would provide the Bond market with more confidence in the financing; ensure a full and complete accounting of how much taxpayer money is being used and where it is going; and the public would be treated more as partners rather than hapless and voiceless ATMs.