My Lawsuit Against Senator Wyland

[Publisher’s Note – We are pleased to offer this column from Assemblywoman Diane Harkey, who explains why she has filed a lawsuit against State Senator Mark Wyland.- Flash]

Are there bounds of decency in which campaigns should be run?  I think so.

Before joining the Assembly, I built a very successful 30-year career in finance.  My husband of 30 years, Dan, also built his businesses, but did so independent of my career interests.

When the real estate downturn came, one of Dan’s investment firms took a hit.  Many investors, who were forewarned about the risks of investing, saw their portfolios shrink as a result of the economic crisis.  That’s not unusual.

A handful of investors filed suit, even though they knew the risks of investing.  Unfortunately forCaliforniabusinesses, that’s not unusual either. 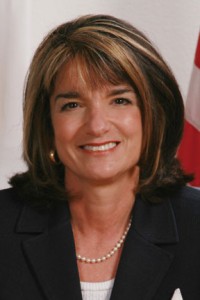 What is unusual is that one of my political opponents for the Board of Equalization, Mark Wyland, has taken an active interest in the plight of these plaintiffs.  Why would a State Senator fromSan DiegoCountyspend time and a money getting to know plaintiffs in a real estate investment lawsuit inOrangeCounty?  Is he worried for these investors?  Does he want to help these investors?  Does he really care?

Of course not.  Mark Wyland’s only reason to be actively involved is because he believes it will help him win election to the Board of Equalization.

However, Mark has a huge problem.  I was not involved in thePointCenterinvestment firm.  The court confirmed that when the judge dismissed me from the case long ago.  Dan’s company and businesses have always been exclusively Dan’s.  My career and service as an elected official have always been my focus.

Apparently this fact hasn’t deterred Mark Wyland.  In recent weeks, Mark has spoken to small groups and attacked me for the lawsuit – often being shouted down and booed from the audience as he spoke.   Nobody likes it when a politician attacks a candidate for the spouse’s business challenges.

To me, that’s just politics, and I know voters will reject Mark’s attacks.  But, there is a more serious issue at stake.  In his fervor over thePointCenterissue, Mark Wyland has told audiences that the judge ruled Point Center Financial defrauded its investors.  That statement is patently false, and extremely damaging to Dan’s reputation.

There’s no doubt that Mark Wyland knows his statements are untrue.  He even paid political consultants to sit in the court room and monitor the proceedings – a fact which he fails to mention when talking about this case.  Mark Wyland knows the truth because he’s paid his people to keep him informed.

I believe the time has come to act.  I’ve asked the courts to review Mark’s statements and act on any instance of malicious defamation.  The reason is clear: campaigning for public office and attacking your opponent is one thing.  Making up completely wrong facts to destroy someone’s life and reputation is another thing entirely.

Mark Wyland has shown he is willing to cross the lines of decency, propriety, and truth.  We’ve asked for an apology, and he said no.  I don’t think that’s too much to ask.  Do you?