Moorlach: Why I’m Running for Congress

The voters of the 45th Congressional District have been able to observe my leadership style for more than eighteen years. I directly represented the District for some twelve years, and indirectly for the last seven years. Although it is not my customary style to use the pronoun “I” repeatedly, this is an opportunity to remind the voters of just a few of my accomplishments while serving the County in my years as a County elected official. 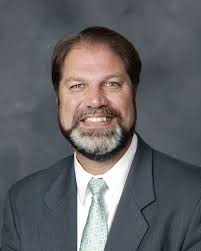 *I did not accept public employee union contributions for my Supervisorial campaigns, long before it was popular to demand that conservative candidates not accept such contributions. I knew it was a major conflict of interest.

*I have been addressing public employee defined benefit pension reform long before it manifested itself into the massive debt issue that it is at every level of government. I knew it would become a major fiscal concern and tried to warn elected officials about the negative repercussions of adopting enhanced defined benefit formulas.

*I warned the County of Orange that Treasurer-Tax Collector Robert Citron’s investment strategy would implode if interest rates rose. Rates did rise and the investment pool imploded.

*I helped restore the Orange County Treasurer’s office and the County’s fiscal wellbeing after it filed for Chapter 9 bankruptcy protection.

*I assisted in negotiating the County’s modifications to its retiree medical benefits. The results of this successful effort reduced the unfunded actuarial accrued liability by some 71 percent, or $1 billion!

*I initiated litigation to address the granting of retroactive defined benefit pension enhancements because it paid employees twice for doing the job once, it created a debt that was not approved by two-thirds of the County’s voters, and it was the largest transfer of wealth from the private sector to the public sector in County history. Regretfully, state judges also stand to receive retroactive pension benefits and failed to appreciate the violation of the California Constitution.

*I instigated the Office of Independent Review to improve the culture in the Orange County Sheriff’s Department and to improve safety and procedures for the benefit of our public safety employees and to reduce litigation settlements resulting from policy lapses.

*I pursued the derailing of the potential sale of the 91 Express Lanes to a new nonprofit organization in 1999, when there was no appraisal for or proper vetting of the transaction. It is now being successfully operated by the Orange County Transportation Authority (OCTA).

*In 2004 I participated in a charge to stop the merging of the two, separate Transportation Corridor Agencies (TCA) into one, which prevented the refinancing of their outstanding debt. Had the two agencies merged, they planned to issue new debt, which would have included $1 billion in interest-rate swaps. Had this occurred, the liquidity crisis of 2008 would have put the TCA into Chapter 9 bankruptcy protection.

*I am currently participating in an effort to prevent the OCTA and Caltrans from unilaterally inserting four toll lanes into the middle of the San Diego (405) Freeway between the San Joaquin (73) and San Gabriel (605) freeways.

*I put Measure J on the 2008 November ballot, which passed successfully with a resounding vote to let the voters of Orange County approve future public employee pension enhancements before they become effective.

*I have successfully accomplished the annexing of unincorporated areas into cities in every year that I have been a County Supervisor, thus providing closer and more effective governmental oversight for these areas. One successful annexation was merging Sunset Beach into the city of Huntington Beach.

*I have been able to work with my colleagues to navigate a $5.5 billion annual budget during a seven-year recessionary cycle. We have made the necessary cuts and layoffs and carefully managed our reserves during one of the most difficult eras for municipalities in our lifetimes.

I have a record of addressing major issues and standing up to significant special interest groups to do what is right for the voters. I am an independent thinker that has a proven record of leadership in representing and protecting taxpayers in the area of fiscal matters. I believe this is what is desperately needed in Washington, D.C. This nation’s debt is too large, its credit rating is tenuous, and its annual outrageously large budget deficits need to be eliminated.

As one of 435 members in Congress, it will be a challenge to fix these concerns by myself. But, I am not afraid to fight to move this nation into the right direction in order to protect and improve its fiscal status and financial balance sheet.

I served 18 years in the private sector in the employ of a Certified Public Accounting practice, ten of those years as an owner and managing partner. I also earned my Certified Financial Planner designation. During my career in public service, I’ve also completed other certificate programs in the areas of public finance and pension plans.

I have the background, the track record, the national reputation, and the willingness to serve Orange County in the capacity of one of its United States Representatives and look forward to the daunting task addressing the country’s fiscal stewardship in order to make this a better nation for our children and grandchildren.