Pay Back the Taxpayers, Not ACORN

In 2008, at the start of the financial crisis, the American taxpayers bailed out Fannie Mae and Freddie Mac to the tune of $188 billion. They have yet to repay that money; in fact, the number is expected to grow to over $200 billion by 2015. But as the housing market has begun to recover, so too have Fannie and Freddie’s profits. At the first sign of money rolling-in, housing advocates are again pressuring the Federal Housing Finance Agency (FHFA) to get a piece of the taxpayer-funded pie. 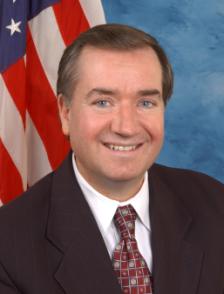 Specifically, these groups are looking to turn on the spigot of the national Housing Trust Fund, a program created to divert funds from Fannie and Freddie to groups promoting low-income housing and homeownership. Since being placed under federal supervision, or conservatorship, Fannie and Freddie’s profits have been directed back to the U.S. Treasury. As the federal regulator overseeing Fannie Mae and Freddie Mac, the FHFA gets to make the decision if or when money should be put in the Housing Trust Fund instead of paying back the billions they owe. If I were in charge, all of the money would flow to paying down our debt, but the newly selected head of the FHFA, former Democratic Congressman Mel Watt, gets to make the call, and there is real concern that the American taxpayer will be on the losing end. The National Low Income Housing Coalition, a group that actively supported Mr. Watt’s FHFA confirmation, has gone to extraordinary lengths to pressure the government, even filing a lawsuit last summer to force contributions to the Trust Fund.
That’s why I recently introduced legislation called the “Pay Back the Taxpayers Act” to prohibit Fannie Mae and Freddie Mac from using funds to pay housing advocacy groups or others through the Housing Trust Fund, until all money they owe to the American people is repaid.

One of the most obvious issues with the Trust Fund is that numerous federal programs already exist to encourage home ownership and increase availability of low-income housing. In 2009, the most recent year statistics are available, the federal government spent approximately $230 billion supporting homeownership and about $60 billion to improving rental affordability. There is little doubt that number has only increased in subsequent years.
Another glaring problem is that many aspects of the Trust Fund are based off the troubled HOME program – a federal program ripe with waste, fraud and abuse. In recent years, the House Financial Services Committee, on which I sit, and the Washington Post, have both investigated the program. In the words of one former Inspector General of the Department of Housing and Urban Development, there were frequent incidences of non-compliance with funding guidelines and outright criminal fraud. The Post found that nearly 700 projects awarded $400 million have been idling for years. Unfortunately, this is not the only abuse in the housing assistance portion of the government: according to the Government Accountability Office (GAO), there are about $1 billion in erroneous and fraudulent overpayments of rental subsidies for low-income tenants each year.

But by far the biggest concern is that far-left housing advocates are most likely to be the beneficiaries of Trust Fund dollars. Most of us are familiar with the work of ACORN – an organization that for years has attempted to undermine our electoral system through voter fraud. While ACORN filed for bankruptcy in 2010 and no longer exists at the federal level, it is alive and well throughout the country. In fact, a recent Daily Beast article trumpeted the return of the organization stating, “After four years of anonymity, the liberal veterans want conservatives to know they’re back.” According to the GAO, there are dozens of organizations that are affiliated with ACORN who have recently received federal funding and are engaged in housing related activities, making them potentially eligible for funding under the Housing Trust Fund. In fact, some of these very same ACORN-affiliated organizations have publicly endorsed the Housing Trust Fund.

With an out-of-control federal spending habit that’s proven hard to kick, any money earned through Fannie Mae and Freddie Mac should go towards paying down our federal budget deficit, not funding ideological housing groups. The Pay Back the Taxpayers Act aims to remove any legal ambiguity that could be used to direct money into the Housing Trust Fund instead of back to American taxpayers.