Calderon is an Issue in Every Campaign This Year


When their colleague Ron Calderon was indicted on corruption charges, accused of taking more than $100,000 in bribes and charged with 24 counts of fraud, wire fraud, honest services fraud, bribery, conspiracy to commit money laundering, money laundering and aiding in the filing of false tax returns, the California State Senate did not exactly spring into action. 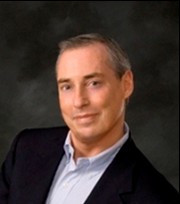 After a conference call the day of the indictment and then a meeting after a weekend break, Calderon’s fellow senators came to the conclusion that their duty was to respectfully ask him to resign and gave him a full week to consider their request. If he chose not to follow their advice, they thundered, they might be forced to suspend him from his responsibilities in the Senate, a paid vacation in which he would continue to draw his taxpayer-funded salary but would not have to show up for work and could devote himself fully to preparing for his legal defense.

Last night, Calderon saved his fellow senators the trouble of a vote by volunteering to take a paid leave of absence. As a result, his fully salaried vacation will commence immediately. Which leaves the rest of us to ask, “Exactly what does someone have to do to get expelled from the California state Senate?”

If $100,000 in bribes is sufficient only to warrant a mere leave of absence, would $200,000 get a member expelled? $500,000? A million? If the 395 years that Calderon faces in prison is not enough to move the Senate to remove him, is 400 years the magic threshold? Or would a full millennium behind bars be necessary? In addition to the kid-gloves treatment with which the Senate has treated Calderon, it might be helpful for them to provide some guidance so future felons in the legislature know if there are lines they should avoid crossing.

The Senate could still vote to expel Calderon rather than allow him his vacation, as three of their members urged last week, they will deserve our strongest and most sincere congratulations. But if they do nothing, and allow him to proceed with nothing more than a self-inflicted slap on the wrist, our condemnation will be insufficient. The question then becomes what to do with a legislative body and a political culture that treats felony indictments and convictions as inconveniences rather than grounds for removal.

The answer: Ron Calderon’s status and salary should be an issue in every campaign for elected office this year. Every candidate, regardless of political party, personal ideology or professional background should be asked: “Should Calderon be expelled from office or should he continue to draw a paycheck from California taxpayers?”

The question should certainly be asked in the twenty state Senate races taking place in 2014. But the problem is not just one of a Senate caucus that hides its collective head in the sand. Rather, it is the inevitable result of a state political culture that has become so polluted and so isolated from the citizenry that none of California’s other elected officials have felt it necessary to weigh in, either in defense of the Senate’s inaction or against it.

The way to address this broader problem is to put this question not just to candidates for State Senate, but those individuals running for eighty Assembly seats, for 53 congressional districts, for statewide candidates from Jerry Brown and his opponents all the way down the ballot, to every local campaign for mayor, city council, school board, and mosquito abatement district from San Ysidro to the Oregon border.

Every man and woman in California who wants to hold elective office in 2015 should be asked these questions by voters, by reporters and editorial boards, by civic organizations and community groups. If Californians decide that Calderon should continue to be paid, then the state Senators who support him and other politicians who agree with them will be rewarded. If not, they will be replaced.

As an independent candidate for California Secretary of State, I will be sharing a stage tonight with two of Calderon’s fellow Senators. I’ll look forward to hearing how they address this matter and explain the thinking that brought them to their decisions.

Dan Schnur is the former Chairman of the California Fair Political Practices Commission and a candidate for Secretary of State.