Latinos Can Do Without Covered California’s Obamacare Coverage

Obamacare has been unpopular since it passed in 2009. Since launching last October, it has been recognized as a national threat to health, well-being, and jobs. And yet, here in California, Obamacare’s boosters don’t complain about those who have lost health insurance because of Obamacare, but that not enough Latinos have enrolled. 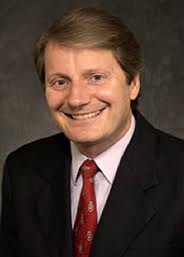 Leave the Latinos out of it.

Covered California, the state’s Obamacare exchange, reports 625,000 enrollees, just shy of its first year target of just under 700,000. By one measurement, it is a remarkable achievement: Nationally, seven million are supposed to enroll this year, but only three million have. That is, although Covered California was only supposed to account for ten percent of the country’s Obamacare exchange enrollees, it has actually enrolled over one fifth of them.

This explains why Covered California was the toast of luminaries – including the New York Times’ Paul Krugman – who asserted in November that the exchange was going gangbusters – an example of how well things would have worked out if every state had committed to operate an exchange with enthusiasm.

Hold the champagne: About one million Californians had their coverage cancelled last year because their policies were not Obamacare compliant. So, Covered Calfornia’s “success” still leaves about 375,000 victims in the cold, without coverage due to Obamacare. Small consolation: They got last-minute relief from the $95 fine for not buying Obamacare coverage, and permission to buy barebones plans that were originally designed only for twenty-somethings. Whether they can even get barebones plans is up in the air: Covered California recently admitted that 51 percent of callers could not get through on the phones, far worse than the target of 3 percent.

Can Covered California’s customer service be fixed? At least the Executive Director, Peter Lee, is still on the job – not like the people who ran the exchanges in Minnesota, Maryland, Hawaii, and Oregon – all of whom have quit or are on medical leave. And he has just got some help from federal taxpayers, via a new $155 million federal grant to improve service and boost enrollment, especially among Latinos.

However, successful enrolment in Covered California introduces its own problems. According to Chad Terhune of the Los Angeles Times, some applicants who have mailed in their premium checks are still not recognized as insured when they seek care.

Insured patients are also confused about coverage. The San Francisco Chronicle reported that Sue Kearney of Oakland shopped diligently for a health plan in Covered California that had a specialist she needed in its network. However, when she made an appointment, she learned that the entire physician group is out of network, and ended up paying $200 for her appointment.

And these are people buying private insurance on the exchange! Covered California has also recruited many more Medi-Cal beneficiaries – 1.2 million by the latest count. This should be a mark of shame, not success. Medi-Cal is a welfare program with a poor record. Medi-Cal dependents have very poor access to medical care. Nationally, Medicaid dependents have worse health outcomes than the privately insured, and similar outcomes to the uninsured.

Worse, Medi-Cal expansion will lead to increased ER use and even unemployment. Some who observe increased ER use by the newly Medi-Cal dependent assert that they will eventually form relationships with primary-care practitioners. But ER overuse persists. A few years ago, Oregon expanded Medicaid enrollment by lottery. The latest result of the study, published in peer-reviewed Science, reported that Medicaid expansion has increased use of ERs by 40 percent.

Further, Medicaid expansion crowds out private insurance, at a rate of about 60 percent. That is why Medicaid does not significantly reduce the number of uninsured: It recruits primarily from those who previously had private coverage.

Latinos who avoid Covered California are making the right choice. Hopefully, post-Obamacare health reform will allow them to choose health insurance that suits their own needs, rather than those dictated by the state.