Some Reading You Won’t Find Linked On FlashReport 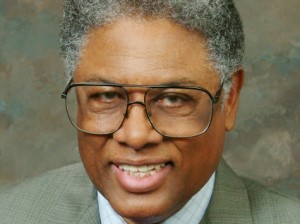 Recently former Secretary of State Condoleezza Rice added her voice to those who have long been urging the Republican Party to reach out to black voters. Not only is that long overdue, what is also long overdue is putting some time — and, above all, some serious thought — into how to go about doing it.

Too many Republicans seem to think that the way to “reach out” is to offer blacks and other minorities what the Democrats are offering them. Some have even suggested that the channels to use are organizations like the NAACP and black “leaders” like Jesse Jackson — that is, people tied irrevocably to the Democrats. 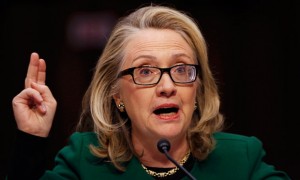 With Hillary Clinton already locking up massive amounts of cash for a presumptive 2016 presidential run, members of the hard left may be looking for an alternative. Many Democrats remain uninspired by Clinton’s progressive record – her most leftist period came during her early days as First Lady, and resulted in part in a 1994 Republican Congressional landslide – and have urged other candidates to jump into the race to provide a boost for a further-left agenda.
Polls show Clinton defeating all comers in potential primary matchups. But polls also show that her appeal stems largely from her status as a female rather than her actual accomplishments. There are some who have suggested that President Obama would actually prefer to see Clinton lose the 2016 race, thus preparing the way for a potential Michelle Obama presidential run as early as 2020. 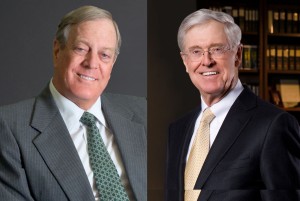 Do monsters get any meaner than Godzilla and King Kong? You bet. Charles and David Koch are ginormous and superbad. Just ask Senate Democratic leader Harry Reid.

“These two brothers,” the Nevadan said Feb. 26 on the Senate floor, “are about as un-American as anyone that I can imagine.”

“They make up the heart and the thinking in the minds of those who would belong to the Ku Klux Klan,” singer-activist Harry Belafonte fumed last November. “They are white supremacists. They are men of evil. They have names the Koch brothers — that’s their name.”

Read the entire column on the Washington Times website here.

Republican Sen. Marco Rubio, touring the D.C. headquarters of car service company Uber on Monday, called on local municipalities in Florida to do away with regulations that prevent new businesses like it from operating.

“One of the things that’s holding back innovation in America is regulations,” Rubio said during a press availability that took place in Uber’s new Washington offices, which are still under construction.

Uber allows users to bypass traditional taxis and order drivers of town cars, cabs and other vehicles with the click of a smartphone. No cash is exchanged; rides are billed automatically to the user’s credit card.

Read the full column at the Daily Caller here.