The general counsel of the Agriculture Labor Relations Board went to court last week to impose a union contract on Gerawan Farming employees, without proper input from the farm workers, and without counting the ballots of a recent United Farm Workers union decertification election, held in November 2013. 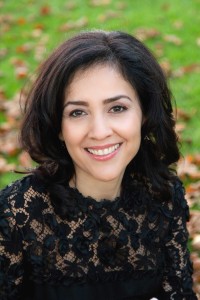 Many in the farming community claim the ALRB and UFW have joined forces to boost the union by targeting one of the biggest non-union farming operations in the state. Should they succeed in unionizing Gerawan Farming employees, adding the 5,000 farmworkers would double union membership, and certainly boost the ALRB’s status.

This latest abusive overreach by the ALRB and its general counsel shows growing desperation in the trending anti-union sentiment in the private sector, and the vast agriculture industry of California.

The United Farm Workers labor union has come under hard times since legendary co-founder Cesar Chavez died in 1993. As the Nation magazine reported in 2012, mismanagement has caused the union’s membership to nosedive from a peak of 50,000 to about 4,000 today.

The battle against government

Following several years of ALRB abuse of power, as well as constant coersion of the farmworkers, on Dec. 16, Gerawan Farming filed a constitutional challenge against the Agricultural Labor Relations Board, with the United Farm Workers of America named as a “Real Party of Interest.”

Gerawan Farming filed the lawsuit with the California Court of Appeal, Fifth District in Fresno, challenging the ALRB’s invocation of the California’s Mandatory Mediation and Conciliation Statute. The mandatory mediation statute was signed into law by Gov. Gray Davis in 2002.

Back to the future

This was part of wrangling with the United Farm Workers Union that began in Oct. 2012, when the union insisted that a collective bargaining agreement covering Gerawan workers be reactivated — even though there had been no union involvement with the workers since prior to 1995. Some of the workers then began a process for a vote to decertify the union.

A vote on the UFW decertification was held only last fall, on Nov. 5, 2013. But by Nov. 19, 2013, the results of the vote were held up by the ALRB, which claimed a large number of the ballots ineligible. In an email, ALRB Executive Director J. Antonio Barbosa charged Gerawan Farming with “misconduct, that allegedly affected the outcome of the election.”

The ALRB chose an insider arbitrator to decide the matter, leading to Gerawan’s court filing.

At the emergency hearing last week, the Judge disqualified himself for having worked at the same law firm as one of the Gerawan employees’ attorney. But before he did that, several people who attended the hearing said the judge made it very clear that the judge said the ALRB’s latest legal action was incorrect, and there was no reason for it to have been taken into court on an emergency basis.

Gerawan’s attorneys also spoke in court of several procedural errors on the part of ALRB.

Interestingly, even the ALRB has said that its Mandatory Mediation Order cannot be enforced until it is reduced to a judgment by a court of law.  The one and only way that can happen is for the Appellate Court, which is now reviewing the Order, to affirm the Order.  And that has not happened.

And, the ALRB didn’t ask for the contract to be “enforced.”  Up until very recently, and as a matter of law, there was no quorum of Board members to authorize the filing – the Agricultural Labor Relations Board was down to three, and then, only two members, until the recent appointment of William B. Gould VI, by Gov. Jerry Brown. Gould is a former chairman of the National Labor Relations Board, 1994 to 1998. 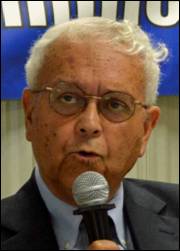 So the Board could not have given counsel Torres- Guillén or ALRB Visalia Regional Director Shawver, permission to file the latest lawsuit against Gerawan.

From all appearances, Torres-Guillén and Shawver are engaged in a lawless power grab, by claiming to invoke authority that they do not possess.

The ALRB general counsel Torres-Guillén acts as if the ALRB has no legislative oversight. Yet, the California Legislature is responsible for authority and oversight of this state board. Yet there has been no oversight from the Legislature since Torres- Guillén was appointed by Gov. Jerry Brown in 2012.

If the ALRB loses, or makes procedural errors, and is chewed out by the judge for pretending this was all an emergency, it appears Torres- Guillén pays no price. Who will hold her accountable?

It appears she can do whatever she wants, and few in the Legislature care. It is unclear if the ALRB members even approve of what she’s currently doing.

Many say this entire legal action was coordinated with UFW. And if history is an indicator, a few things the ALRB did make this obvious. They’ve known about the court hearing for at least one month, but notified Gerawan Farming at the very last minute. According to some, they didn’t even notify the employees’ attorney until three hours before the hearing.

The courtroom was packed last week with anti-union employees, and hundreds more in front of the courthouse.
“Today, a judge ruled that both sides must submit further briefings prior to him rendering a decision. We commend him for not imposing the mandatory mediation contract today and look forward to providing him with arguments against forcing a contract on workers who oppose it and are trying to decertify the union that negotiated it,” said Paul Bauer, attorney for Silvia Lopez, one of the farm workers opposing the UFW-negotiated contract.

Both sides, including farm workers Silvia Lopez and Lupe Garcia who will be seeking to intervene, will have the opportunity to submit further briefings and will be back in court on May 5.

“I want to thank the judge for giving us farm workers a voice. The ALRB claims to represent us, but we know they don’t because they won’t count our decertification votes and want to force a new contract on us that will cost us money,” said Silvia Lopez. “The UFW is trying to take our money, but I need that money to feed my family. I am glad I get to tell the judge my story and the story of thousands of other farm workers.” Lopez has sued members of the ALRB for denying her civil right to a free and fair decertification election.

“Imposing a contract that has not been negotiated by our employees and before ballots have been counted to determine if our employees have allowed the UFW to speak on their behalf is illegal, immoral, and nonsensical,” farming company President Dan Gerawan said. “At best, forcing a contract on employees without their participation is unjustly premature. Until the results of the decertification ballot results have been acknowledged by the ALRB, our employees should not face the outrageous decision of either having to pay dues to a party that has not earned the right to represent their interests or losing their employment.”

Despite Lopez’s plight on behalf of the farmworkers for two years, the Legislature and the governor have been silent. “We don’t want the union — we want the right to vote,” Lopez told me in October. “We want to be heard!”

Is anyone in the Legislature listening?