Yesterday morning, Senate Bill 916 by Sen. Lou Correa, D-Santa Ana, was a bill about mandating use of bio-derived lubricating oil. But by yesterday evening, biofuel is off the table and gun control is back on.

California’s obsession with the most extreme environmental issues, and belief that if a new “green” product sounds good, it must be good, means the bill probably would have passed through the Legislature with flying colors.

Yesterday, the bill was gutted and amended into a gun control bill. “Talk about pyrrhic victory…” Tom Tanton emailed to me. Tanton, a Director at the Energy and Environment Legal Institute, wrote an op-ed about it in Fox and Hounds recently. Tanton warned, “if it sounds too good to be true, it probably is.”

It turns out Tanton was right.

The new bill language is clearly not done cooking. Anticipate more amendments, as this bill appears to be a placeholder.

“Existing law prohibits the manufacture, importation, and sale by licensed firearm dealers in California of handguns that do not appear on the roster of handguns that have been determined not to be unsafe,” the bill says. “These firearms are considered ‘unsafe handguns.’”

“The purpose of this act is to clarify that manufacturers may make improvements to handguns currently on the roster, and to allow handguns that have fallen off of the roster for reasons other than failing retesting to be returned to the roster by a petition to the Attorney General.”

It’s all about what guns the Attorney General will allow.

A handgun model removed from the roster pursuant to subdivision (d) of Section 32020 may be reinstated on the roster if all of the following are met: 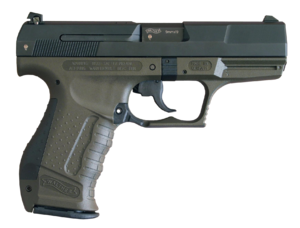 We will follow this bill closely and watch amendments. Expect many bills between now and the end of the legislative session to be gutted and amended. This is how it’s done.