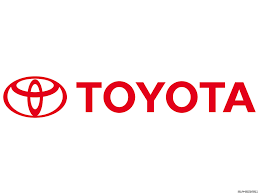 California’s uncompetitive environment for business and jobs was spotlighted in dramatic fashion on Monday as Toyota announced it would move its U.S. corporate headquarters out of Torrance in Los Angeles County, draining another 3,000 good jobs out of the state’s economy.

Where will these jobs go?  You guessed – Texas.  Plano, Texas.

Where is Plano?  It’s just north of Dallas.  Now, I like Texas – it’s big, it’s conservative, it’s pro-growth and individual liberty.  But Plano, Texas can’t hold a candle to Los Angeles, with its coastline, beaches, culture and lack of punishing humidity.  For a business to move from beautiful Los Angeles to Texas, there must be a serious reason.

Jim Lentz, Toyota’s CEO for North America, says the cost of doing business in California versus Texas wasn’t a factor.  Maybe.  The company says it wants to move its headquarters to be closer to its main manufacturing plants, which are, you guessed it, not in California.

When the Japanese auto giant decided to start manufacturing in the United States, it chose to build its plants primarily in the southeast and Kentucky instead of California.  When the company launched a major restructuring drive in the wake of the controversy surrounding the sudden acceleration of some of its cars and the hit the company took as a result, it was only a matter of time before the company chose to leave California.

For the defenders of the status quo in Sacramento, there are always excuses for why one company or another chooses to leave the state or to expand elsewhere instead of locally.

Occidental Petroleum in February announced it would spin off its California assets and move the company’s headquarters to Houston.  Another case unrelated to the state’s business climate?  Maybe.

Sooner or later, though, we begin to see a pattern.  In the last few years, more than 50 California businesses have either moved to or expanded in Texas, creating over 14,000 jobs there.  With the fourth highest unemployment rate in the nation, we need those jobs here.  But they’re not coming back any time soon.

What makes California’s business climate so bad?  The highest sales and income taxes in America, sky high energy prices, frivolous lawsuits that have earned the state the title of America’s top “judicial hellhole” according to the American Tort Reform Association, failing schools, and the list goes on.

Even laws that are not on the books have a chilling effect on job growth.  When members of the ruling party introduce bills to go after SeaWorld because of whales, or hike taxes if the company doesn’t set wage scales in accordance with government whims, it naturally drives employers to consider locating in states where regulation, legislation and litigation are more rational.  For a complete look at California’s economic outlook, take a look at this one page summary from ALEC.

What about the state’s Commission for Economic Development, chaired by Lt. Governor Gavin Newsom?  It appears to be in a deep slumber.  A check of the Commission’s website shows the last agenda posted was for April 22…of last year.

At a time when we have the nation’s highest poverty rate, its fourth highest unemployment rate, and some counties with joblessness over 20%, it needs to be all hands on deck among our statewide elected officials to make the state economically competitive again.  Watching more employers and more jobs leave our state while members of the ruling party claim we’re doing great just isn’t working any more.  We can do better.

Ron Nehring is the former Chairman of the California Republican Party and a candidate for Lt. Governor.  For more information visit RonNehring.com.