Democrats To Farm Workers: Shut Up and Vote (for us)

In one of the most significant labor relations fights in the country, California farm workers have made history again. But this fight is about trying to get their votes from a November election counted, in order to boot the farm labor union out of their place of business. 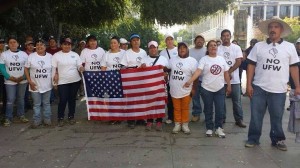 The Agricultural Labor Relations Board has steadfastly refused to count the ballots from the Nov. decertification vote.

Ironically, this same group of people – Hispanic farm laborers – are the very demographic the Democratic Party is so eager to register to vote in local, state and national political elections. But when it comes to the farm workers not wanting to work under an oppressive union contract, state elected Democrats are silent.

But the workers’ conviction and tenacity is paying off.

The ALRB has continued to try to impose a collective bargaining agreement on the Gerawan Farming workers, rather than counting their ballots. The ballots were cast in an ALRB union decertification election in November, which came about because the employees did not want to be in a contract with the UFW. They already enjoy good wages, benefits, and an employer they like.

As the United Farm Workers labor union and the state Agricultural Labor Relations Board have found themselves on the brink of extinction and irrelevance, they have joined forces by targeting one of the biggest non-union farming operations in the state. Should they succeed in unionizing the 5,000 total Gerawan Farming employees, it would more than double UFW membership, and certainly boost the ALRB’s status. The UFW is down to about 3,300 members, from a high of 50,000 in the 1970’s. 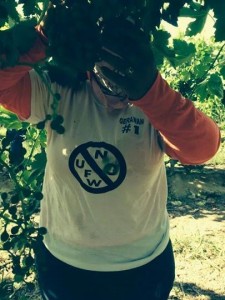 The farm workers’ wrangling with the United Farm Workers Union began in Oct. 2012, when the UFW insisted that a collective bargaining agreement covering Gerawan workers be reactivated — even though there had been no union involvement with the workers in more than 20 years. Workers then began the process for a vote to decertify the union.

A vote on the decertification was held on Nov. 5, 2013. But the ballots have not been counted. On Nov. 19, 2013, the results of the vote were held up by the Agricultural Labor Relations Board, which claimed a large number of the ballots were ineligible. ALRB Executive Director J. Antonio Barbosa also charged “misconduct, that allegedly affected the outcome of the election.”

Instead, the ALRB summarily chose an arbitrator to decide the matter, which lead to Gerawan Farming filing a constitutional challenge against the California Agricultural Labor Relations Board, with the United Farm Workers of America named as a “Real Party of Interest.” The lawsuit was filed with the California Court of Appeal, Fifth District in Fresno, against the ALRB’s invocation of the California’s Mandatory Mediation and Conciliation Statute, signed into law by Gov. Gray Davis in 2002.

Gerawan’s overall legal argument is that the mediator cannot order a contract to be implemented until the final tally is made for the Nov. 5, 2013 election on whether to keep or decertify the union.

“The UFW can claim no credit for the success of our workers, who are paid the highest wages in our industry,” company president Dan Gerawan said, after the filing. “We supported the election” (of the workers on Nov. 5). “The UFW opposed the election. The UFW hasn’t stood for an election at Gerawan since 1990. For the better part of the last 20 years, the UFW has been a no show union at our farm. After nearly a quarter-century, it’s time to let our workers — not the Board — decide what is in their best interests.”

Under the terms of the ALRB-ordered contract, the UFW would be given the right to demand that Gerawan Farming fire workers who refuse to pay union dues or fees to the UFW. “We don’t think that it is right, fair, or consistent with the purposes of consensual collective bargaining in one of our state’s most important industries to allow an absentee union to dictate whether our employees can keep their jobs,” Gerawan said.

This abusive overreach by the ALRB and its general counsel shows growing desperation in the trending anti-union sentiment in the private sector, and the vast agriculture industry of California. 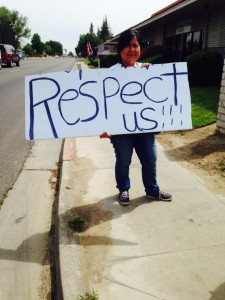 Longtime Gerawan Farming employee Silvia Lopez filed a federal civil rights lawsuit against ALRB board members and top staff, for their refusal to count the ballots from the November decertification election.

“My coworkers and I are very happy that the judge denied the ALRB’s request to force a contract many of us don’t want and was negotiated by a union many of us are trying to get rid of,” Lopez said in a statement. “As the judge said in his ruling, the UFW wasn’t here for more than 20 years. They showed up out of the blue and demanded a new contract so they could take our money.”

“The ALRB is supposed to work for farm workers, but their actions show they are working for the union,” Lopez said. “Why would they try to force a contract on us when that very contract is being fought in court and when they are holding our decertification votes? We are happy that the judge didn’t impose the contract, because then we wouldn’t be able to hold any more decertification votes for three years.”

Lopez added: “We just want our votes from last November to be counted, but the UFW and ALRB are doing everything possible to stop that from happening. Now we can continue fighting to have our votes counted.”