State Budget Out Of Touch; Product of Sacramento’s Culture of Corruption

[Publisher’s Note: We are pleased to present this original commentary from Neel Kashkari, Republican Nominee for Governor of California. — Flash]

The Legislature’s budget powerfully demonstrates how out of touch Sacramento is with the rest of California. While so many California families struggle to make ends meet, the Legislature approved a $156 billion budget plan that will set another spending record and is more than $15 billion higher than the 2013-14 budget. 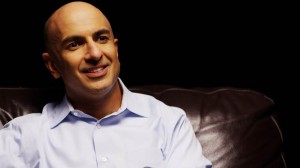 Per Gov. Jerry Brown’s wishes, the Legislature is hammering working families by increasing what they pay at the gas pump to fund his $68 billion pet High Speed Rail project. Starting next year, Cap and Trade regulations go into effect and will raise the price of gasoline on all Californians by about 12 cents per gallon. These higher taxes will deposit billions more per year into the state’s Cap and Trade fund. And under the Legislature’s budget, not only will $250 million be directed from the Cap and Trade account towards High Speed Rail this coming fiscal year, but 25 percent of all future Cap and Trade taxes will be dedicated to fund Gov. Brown’s High Speed Rail. Thus, the increased pain we will all feel at the pump in future months – and for many years to come – will directly fund a rail project that is too slow, over budget, and has been resoundingly rejected by a majority of Californians

Gov. Brown and his special interest allies also included a last-minute proposal limiting the amount of money school districts can save in their reserve accounts. By micromanaging the finances of school districts, Brown and the Legislature will force schools to operate without a safety net and could push already struggling districts to the breaking point. Sacramento should be supporting schools and empowering them to raise student achievement, not bowing to special interests that are willing to sacrifice the future of our kids.

Consistent with the culture of corruption that has gripped Sacramento, the Legislature negotiated these deals under a cloak of secrecy without proper transparency in order to avoid push-back from California families who seek real solutions to our state’s serious challenges. The Legislature’s failure to present Governor Brown with a responsible budget that rejects the status quo shortchanges students stuck in an education system ranked 46th in the nation, workers struggling in a jobs climate ranked 47th among the states, and the countless families that are trying to escape poverty and enter the middle class.

You can find out more about the Kashkari campaign by going to his campaign website here.