Another Reason To Oppose MICRA-Busting Ballot Measure – Our Privacy Rights At Risk! 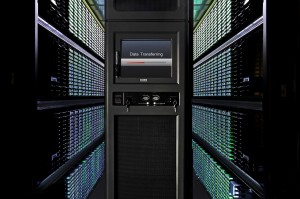 Last week the Secretary of State’s office gave a name and number to the trial lawyers’ “sue anyone in a white coat” ballot measure — Proposition 46. This measure, of course, is a measure that I strongly oppose because while more lawsuits and bigger payouts may be good for the lawyers, it will be bad and costly for everyone else.  As if Obamacare and California’s rush to insert the government into the healthcare field wasn’t driving up costs enough, this would make matters even worse.

We’ll devote future space on these pages between now and November detailing why making it easier and more lucrative for lawyers to file lawsuits against health care providers is bad policy.

But for now I want to focus on a seemingly benign provision in this measure that would actually significantly expand government intrusion into our personal health information and greatly jeopardize the privacy of our medical and prescription use information.

In an apparent attempt to attract voter support (after all, not many voters support giving trial lawyers the privilege of filing more lucrative lawsuits), the backers of this measure included a provision that would force – beginning the day after the election — doctors and pharmacists to consult a massive statewide government database, called CURES, before prescribing or dispensing certain prescription medications.

Though the CURES database already exists, it is currently underfunded, understaffed and technologically incapable of handling the massively increased demands this ballot measure will place on it literally overnight. This ballot measure will force the CURES database to respond to tens of millions of new inquiries each year– something the database simply cannot do in its current form or functionality.

Yet the ballot measure contains no provisions and no funding to upgrade the database with increased security standards to protect personal prescription information from government intrusion, hacking, theft or improper access by non-medical professionals.

Government doesn’t have the best track record maintaining the privacy of our information (think NSA) or running big health care databases (think Obamacare). The massive ramp up of this database will significantly put at risk patients’ private medical information.

What’s more, the CURES law gives the California Department of Justice literally unfettered discretion to disclose confidential patient prescription information to any state, local, or federal public agencies for disciplinary, civil or criminal purposes.  There are literally hundreds of entities and thousands of individuals who work for those agencies that meet this definition – meaning a virtually limitless number of government employees could seek access to our highly-personal and sensitive patient health information, even for non-medical reasons.

This all comes at a time of widespread reports of illegal hacking, much of it involving digital medical records. Last month, it was reported the FBI had taken the extraordinary step of warning that the entire health sector was particularly vulnerable to “attacks by hackers searching for Americans’ personal medical records” (Reuters, April 23, 2014).

Since 2009, the U.S. Department of Health and Human Services has reported 991 separate incidences of medical data breaches involving 500 people or more, affecting a total of 30 million patients.

While many states are moving to increase protections for online prescription drug data, this measure would have the opposite effect in California.

You know there has to be something seriously wrong with a measure when it draws opposition from the polar extremes of the political world. The ACLU of California, the California Republican Party, the California Chamber of Commerce and SEIU California are just a few of the usually-at-war interests that have come out in opposition.