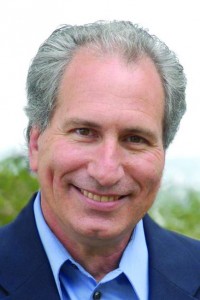 As the immigration crisis at our border continues to grow, the President and Congress need to consider the short and long-term impact on local communities of their inability to enforce our laws and control our borders.

As the County Supervisor who represents Murrieta, California, I am deeply concerned about the lack of enforcement of the U.S. border. Mexican Cartels are now involved in human trafficking and bringing frightened and traumatized women and children on a dangerous journey through Mexico to the U.S. border where they are promised safe haven. The government of Mexico is aiding and abetting this process by issuing thousands of work visas to Central American migrants (30,000 issued in June alone), not to satisfy the employment needs of Mexico, but rather, to provide a pathway to the United States border with Texas. As a result, unprecedented numbers of people are reaching the borders and are willingly giving up to border patrol agents. This surge, that is not likely to diminish, is overwhelming the Texas Border Patrol staffing and these immigrants who have entered the county illegally are being flown to California with the goal of being transported to the Murrieta Border Patrol Station. This is seriously impacting the limited resources at the Murrieta Station and the surrounding community. This is unacceptable, inappropriate, and more importantly, potentially unlawful.

On July 4th I wrote a letter to the President and copied it to every member of Congress with these recommendations:

– First, immediately secure the border and send a message to traveling migrants and future Central American migrants that they will not be admitted into the U.S.

– Second, in the event that some do manage enter the U.S., engage FEMA to set up temporary repositories at the Rio Grande Border Patrol station for these people to be processed, and promptly send a team of federal immigration judges to this facility for expeditious hearings and organize prompt repatriation to their home countries.

– Third, deploy either more border patrol agents to the Rio Grande Border Patrol field office to appropriately respond to this surge until it comes to an end, or, augment the Border Patrol with National Guard or U.S. military personnel. We must not lose sight of terrorist’s or the drug cartel’s strategy to “tie up” the U.S. Border Patrol officer’s time in detaining and processing this surge of immigrants at the expense of national security.

– Fifth, convene a meeting with the United States Ambassador to Mexico, and the Mexican Consulate, and demand Mexico cease and desist from any further issuance of work visas to Central American citizens that simply pass through Mexico and cause this surge of travel to the U.S. border.

– Sixth, set up a mechanism for local governments, fiscally strained by this great recession, to be reimbursed for services provided that are a Federal immigration responsibility.

This unabated immigrant surge is causing a huge humanitarian and national security crisis. These traumatized and frightened human beings are being placed in danger and are being exploited due to the failed border policies of the federal government. Local communities like the ones I represent in Riverside County are having this problem thrust upon them, without warning or assistance from the federal government. The President and Congress need to act now to avert these crises from growing even worse in the weeks and months ahead.