The Humane Society’s seemingly undue influence on the legislative process last year made for an interesting story. This national, non-profit, media darling, animal rescue group was able to push through the California lead ammunition ban, as well as successfully getting all of their other sponsored bills signed into law by California Gov. Jerry Brown.

Then again, Jennifer Fearing, the Humane Society California senior state director, apparently lobbied Gov. Brown at the dog park; Fearing admitted to dog-sitting for Sutter Brown, Gov. Jerry Brown’s Pembroke Welsh Corgi — while lobbying the Legislature during the 2013 legislative session. (Note: it is unclear if Fearing is still working for the California HSUS. There were job postings for her state director position recently; her Twitter page says she is with the HSUS, but the California HSUS website no longer has her listed as the state director.) 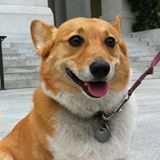 There is a new and interesting twist in the saga of this ostensible animal-loving organization, which has historically boasted about its 4-star rating from Charity Navigator: the Humane Society was recently downgraded to 3-stars, and then had its rating totally revoked.

Now, instead of a rating, there is a “donor advisory” warning that urges donors to think twice before donating to the HSUS.

According to HumaneWatch.org, the American Institute of Philanthropy gave HSUS a “D” grade in April 2012, its sixth consecutive “D” rating, reflecting its high operational costs and inefficient fundraising. But the Charity Navigator service continued to give the Humane Society a four-star assessment — until now.

Even more telling is buried in HSUS’s latest tax return is the non-profit’s admission that it made “investments” totaling $25.7 million in the “Central American and the Caribbean” region, according to the 2012 IRS Form 990 for the Humane Society.

HumaneWatch.org. filed an official IRS complaint against the Humane Society for inflating revenue on its tax return. Charity Navigator initially downgraded the Humane Society’s score to a C-, and eventually revoked any recommendation or rating for charitable contributions.

The 2012 tax return shows the Humane Society spend $10 million on marketing, $7 million on direct mail, more than $3.5 million on fundraising consultants, $1.8 on “print management” (brokers), and the  CEO received $400,000 in salary and benefits.

The top staff and non-profit officers were paid more than $3.6 million in salary and benefits.

Total expenses for fundraising are more than $4 million.

The Humane Society of the United States appears to be one giant fundraising and fat salary machine. And while The IRS permits tax-exempt organizations to pay executives “fair and reasonable” compensation, there is no universal standard defining fair and reasonable.

The highest paid non-profit CEOs — defined as paid more than 2 Standard Deviations from the mean salaries, than the average salary – represent only about 1/2 of 1 percent of all nonprofit organizations. In other words, only around 1 percent of nonprofit CEOs make a salary significantly higher than the average, according to Economist Linda Lampkin, who analyzed 100,000 CEO salaries of non-profit organizations.

In June, Charity Navigator completely removed its letter grade rating of the Humane Society U.S. and replaced it with a “donor advisory.” “The advisory notifies website visitors of the $15.75 million settlement of a racketeering and bribery lawsuit that HSUS was a part of last month,” HumaneWatch.org reported. “You can read more about that settlement here, but the lawsuit involved HSUS money allegedly paying a witness who lied to a federal court.”

HSUS moved money to several funds in the Cayman Islands include the following “investments:”

Given that U.S. Charities are supposed to provide charitable services, while for-profit businesses invest money in hedge funds to make a profit, it is quite dubious that a non-profit charity from the United States would put $26 million in offshore funds in the Cayman Islands other than to stash money.

Charity Navigator rates non-profit organizations and charities on how well they manage finances day to day. “Charities that are financially efficient spend less money to raise more,” Charity Navigator explains. “Their fundraising efforts stay in line with the scope of the programs and services they provide. They keep administrative costs within reasonable limits. They devote the majority of their spending to the programs and services they exist to provide.”

Despite television fundraising commercials showing mostly mistreated cats and dogs in need of rescuing, the Humane Society does not run any pet shelters. Pet shelters are usually independent organizations. The commercials are an emotional appeal. According to HumaneWatch.org, the Humane Society only gives 1 percent of the money it raises to pet shelters, and instead spends millions on anti-farming and anti-hunting political campaigns.

“We work to reduce suffering and to create meaningful social change for animals by advocating for sensible public policies, investigating cruelty and working to enforce existing laws, educating the public about animal issues, joining with corporations on behalf of animal-friendly policies, and conducting hands-on programs that make ours a more humane world.”

Other factoids according to HumaneWatch.org:

HSUS regularly contributes more to its own pension plan than it does to pet shelters. An analysis of HSUS’s tax returns determined that HSUS funneled $16.3 million to its executive pension plan between 1998 and 2009—over $1 million more than HSUS gave to pet shelters during that period.

HSUS is being sued under federal racketeering law. Feld Entertainment sued HSUS and two of its in-house lawyers under the Racketeer Influenced and Corrupt Organizations (RICO) Act for allegedly participating in a scheme to pay a witness who lied in court. Court documents indicate that HSUS sent at least four payments to one of the witness-paying vehicles in the alleged scheme.

CharityWatch found that HSUS violated IRS rules for three years. The watchdog group pointed out in its Fall 2013 issue that HSUS had improperly inflated its revenue. HSUS has since revised its revenue figures

“Fearing had dog-sat Sutter often, and even escorted him to Los Angeles once for a spay-neuter advocacy event. So last fall, when she wanted the governor’s tax-increase measure to pass, both personally and for her organization, she suggested bringing Sutter into the spotlight.”

“While Gov. Brown was considering signing the most comprehensive ammo ban in the country, the Sacramento newspaper published the story about how the California Humane Society lobbyist dog-sits for Gov. Brown’s dog,” I wrote in October.

“This could go a long way in explaining how the Humane Society has achieved favored environmental group status than any other environmental group in the last 3 years. It makes sense — their California lobbyist is the free doggy daycare sitter, and former Prop. 30 publicist, using the governor’s dog.”

“But AB 711 was amended at the 11th hour in a secret deal to postpone the effective date until 2019. If, according to the Humane Society, the need for the bill is really over concerns about poisoned Condors, what about the thousands of great birds which will have died by the time the bill finally goes into effect six years from now?”

Oh my. As a confirmed animal lover, I’ve had decades of animal rescues: scores of dogs, cats, rabbits, geese, ducks, turtles, and baby hummingbirds and hawks. But this animal lover and rescuer smells something like a wet dog in the Humane Society.