However, this is the same Jerry Brown who in 1975 complained vociferously about the Federal government plan to “dump Vietnamese on” California after the fall of Saigon.

This week Brown said, “Certainly I’d do everything I could to make sure California will do its part to shelter any young children that are in need of protection,” Brown told reporters.

However, in 1975, Brown had a very different view on large groups of homeless, foreign refugees;  “We can’t be looking 5,000 miles away and at the same time neglecting people who live here,” Brown said about Vietnamese refugees, Breitbart’s Kerry Picket recently reported.

The Vietnamese people were fleeing Saigon and a brutal, repressive, dictatorship, which often imprisoned and tortured its own people. President Ford allowed the former South Vietnamese to be allowed to immigrate to the US if they had suffered persecution by the communist regime after 1975.

I remember – I was headed toward high school at the time.

Julia Taft was the head of President Gerald Ford’s Inter-Agency Task Force on Indochinese Refugee resettlement. Taft did an interview with National Public Radio in 2007 about President Ford’s decision:

“He was really committed to making sure that these innocent victims and people who had been allies of the U.S., that we just didn’t abandon them,” Taft said in an interview with NPR host Debbie Elliott.

ELLIOTT: Then the governor.

Brown as a national figure? 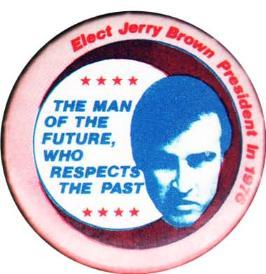 There is much speculation about Jerry Brown considering another run for President – his fourth to be exact. But first Brown, 76, must win his fourth term as California Governor. If/when he wins, he could be an 80-year-old governor in four years.

My prediction stands — Brown was in Mexico this week negotiating a climate treaty, with an “international delegation” he put together to apparently boost his “foreign relations” experience.

“Lucky number three” worked for Brown when he ran for a third term as governor of California in 2010 — nearly 30 years after completing his second term. But lucky number three didn’t work out for Brown in his presidential bids.

Four could be Brown’s favorite number. Today, at 76, Brown could be enjoying retirement as do most state employees of a certain age. But really, who thinks Brown will retire when there’s a reelection campaign to run, and maybe even a presidency awaiting him when he’s 78?

While in his third term as governor, Brown has signed into law legislation allowing illegal aliens to obtain California driver’s licenses. 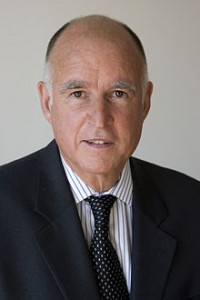 Brown signed the California Dream Act in 2011, which allow students who are in the country illegally to pay in-state tuition and apply for grants and private-college scholarships, competing with legal residents of the state.

Brown signed all of this legislation while slashing and cutting crucial state services in concurrent state budgets. Brown said budget cuts would be “vast and hurtful, but it’s better to take our medicine now.”