Pete Peterson – A Breath of Common Sense for State Elections

Throughout a lengthy interview with Secretary of State candidate Pete Peterson, I was repeatedly struck with how normal he was. And in politics, “normal” is not the word that usually first comes to mind. 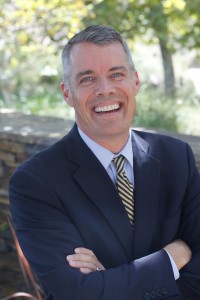 Peterson, a Republican, is running for California Secretary of State on a logical, smart, creative and very reasonable platform:

1. “Get what you pay for” government.

2. Quit driving jobs out of California by making life difficult for California businesses.

3. California is the world leader in technology and design – let’s use it to make government run better and get more Californians informed and involved.

5. Follow the money: make it easy for you to track money in politics.

Peterson brings an interesting and important background to the job – he worked in printing sales and web design for years, before becoming the first Executive Director of Common Sense California, a bipartisan, nonprofit “think-and-do tank” devoted to improving civic participation throughout the state.

Peterson said Sacramento has become a merry-go-round for career politicians who use the power of their positions to move up the political ladder, rather than working to improve California’s financial environment and quality of life. Peterson’s private sector and intellectual endeavors with the Davenport Institute at the School of Public Policy at Pepperdine University bring a different and more real-world experience to an important bi-partisan job.

Peterson said statewide and local level politics should be non-partisan. “People have lost faith in people and processes,” Peterson said. “I try to be more of a facilitator.”

Peterson noted the registration process for businesses in California is one of the worst in the country. He’s worried that so many California businesses register in Nevada or Texas while they wait for the California registration to come through, just so they can open a bank account.

All of these changes are designed to make more Californian involved with the voting process.

Peterson reminded me that the current Secretary of State Debra Bowen claimed to be a technology leader when she was a State Senator running for Secretary of State. But instead of a leap forward technologically, California ranks in the bottom 5 states in the use of technology in the voting process.

“She has presided over an election results website that crashes repeatedly on election nights and a campaign finance website that has been stuck in a “closed data” mindset,” Peterson said. “Until recently, the Secretary of State actually charged hundreds of dollars for a simple copy of the public campaign finance and lobbying databases.”

Pete’s Plan for following the money:

Peterson want to make the California Secretary of State a non-partisan office, and is critical of politicians who use such an important office as a springboard for higher office. “Voters need to know you can do things in a non-partisan way,” Peterson said, drawing distinction between his opponent, State Sen. Alex Padilla, D-Pacoima.

Many are concerned that Padilla sees the job merely as a springboard to higher office. Peterson said California needs a secretary of state who is committed to bringing the office into the 21st Century, with real transparency, through technology and creative design, and increase the number of educated, engaged and voting citizens.

Peterson added, “we need more Californians involved in the initiative process, not politicians.”