A Water Bond for All of California 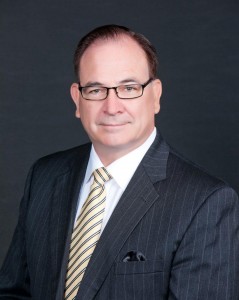 In 1960 the State Legislature and Governor Pat Brown took a visionary step forward by approving plans for a vast water infrastructure investment called the State Water Project. It would provide California with a series of reservoirs and conveyance systems that Californians rely upon today.

While this project successfully served the needs of California’s 16 million residents for many decades, it can no longer handle the demands of the 38 million people who call California home today. That’s why I’m pleased the Legislature took action this week to place a $7.5 billion bond on the November ballot. This is an important first step for many reasons.

The most important part of this bond is the funding dedicated to new storage projects in California. This is the first bond in decades that contains funding for statewide water improvement projects that will provide California with more water. The $2.7 billion set aside for new storage should be enough, when matched with federal and local funds, to build two new facilities: Sites Reservoir in Colusa County and Temperance Flat Dam in Fresno County.

Now in a third year of drought conditions, Californians have been forced to take drastic actions to conserve water. Farms have been idled. People have been thrown out of work. Food prices are rising. California has a thriving agricultural economy, which is the largest in the nation. Without water, this vibrant sector of our diverse economy is in jeopardy.

The water bond agreement also shows the importance of the two-thirds vote requirement for new bond projects and the role that Republicans can play in crafting California’s water future. If Republican votes had not been required for this bond agreement, it would not have contained funding or language for significant statewide above ground storage.

Republicans also fought for and received guarantees that these projects will receive continuous appropriation – which means the funding can’t be blocked by the Legislature in the future.

There are elements of the bond that some Republicans may not like paying for over 30 years. Funding for items such as wastewater, public water infrastructure, water recycling, urban conservancies and groundwater sustainability are items that Democrats fought for and received. But it’s also important to note that using bond money for large infrastructure projects pre-obligates money from future state budgets and helps prevent it from being spent elsewhere to benefit Democrat priorities.

While I do agree that using existing water more efficiently is extremely important, it’s important to note that we cannot conserve our way out of a drought.

California needs new storage projects to capture the runoff in heavy rain and snowfall years, so that we actually have water to conserve! Our existing water capture, storage and delivery system was built for a population half our size. With these needed improvements included in this bond, we will better survive the dry years the state is sure to endure in the future.